WASHINGTON — I understand that there are more important things going on in our world. I’m well aware that there are groups of people other than professional athletes that deserve our support and advocacy these days. But in case you missed it: The budget members of Congress passed early Friday will (if it isn’t vetoed) royally and needlessly cheat thousands of already lowly-paid, hardworking young men — just because Major League Baseball asked for it to do so.

When MLB made the move to open an office in Washington just over two years ago, it was done somewhat under wraps. It was the physical manifestation of one of then-new MLB Commissioner Rob Manfred’s first orders of business, appointing a government affairs committee. The league hired longtime consultant Josh Alkin, who would be working with Lucy Caulutti and The Duberstein Group lobbying firm.

It was unclear at the time exactly what purpose, exactly, they would serve. Now we know. The MLB Commissioner’s Office spent $1.32 million on lobbying each of the last two years (and $10,000 in 2015) after not spending a dime for a decade-and-a-half. One of the firms it hired? The Duberstein Group.

On June 24, 2016, Reps. Brett Guthrie, R-Ky., and Sheri Bustos, D-Ill., introduced the Save America’s Pastime Act. I was, as I often find myself these days, shocked but not surprised. The bill uses a rosy title to paper over what it was actually intended to do — restrict Minor League Baseball players from earning overtime, despite the fact they work far more than 40 hours each week. It was reasoned that increased player pay would somehow compromise the ability for minor league teams to operate within their budgets, causing them to fold and players to lose their jobs.

Here’s how this really works. Major League teams control what minor league players are paid and actually pay their salaries. The business budget for, say, the Bowie Baysox, is entirely separate from the player personnel budget, which is covered by the Baltimore Orioles. How much tickets, or beer, or a hat at the store costs you has nothing to do with player salary.

I was shocked to see such a bad faith argument used to justify unfair labor practices. But I wasn’t surprised, because the day prior to the bill’s introduction, I was at Nationals Park for the annual Congressional Baseball Game, which Federal News Radio broadcasts each year. On the club level, representatives from Minor League Baseball had gathered to discuss exactly this issue. One of them told me, excitedly, about the impending legislation while I tried not to look stunned.

A quick note: Both Guthrie and Bustos, along with a host of others, received donations from MLB’s PAC during the election cycle in which the bill was proposed. It was roundly mocked and died on arrival (partly due to Bustos quickly rescinding her support), only to magically resurface in this week’s emergency omnibus bill, after not existing in any of the previous drafts, as The Washington Post reported earlier this week.

No matter what side of the political aisle you’re on, it’s plain to see this is exactly the kind of backroom dealing by corporate interests that don’t serve the American public at all. It’s almost comical how poorly it’s hidden. The same language from the failed 2016 proposal is slipped into page 1,967 of the 2,300 page spending bill.

Like so much else happening these days, this is a move by rich, powerful people to deny others basic decency. There’s a saying you’ve probably heard (the attribution of which is murky) that goes like this: “Socialism never took root in America because the poor see themselves not as an exploited proletariat, but as temporarily embarrassed millionaires.” Not every minor leaguer necessarily sees himself as that (the bonus babies are, after all, already millionaires), but each is at least willing to overlook his situation, because of the prospect of potentially actually getting his piece of the pot of gold at the end of the rainbow, even if the odds are slim.

But it’s not like the minor league players have much choice. They lack representation in Major League Baseball’s union, at its collective bargaining table, where such injustices might be remedied. They have no voice, which is why minor league pay has increased only 75 percent since the mid-70s while inflation has gone up over 400 percent in that time.

Here are the hard, cold financials of life in the minors. Minimum base pay for minor leaguers ranges from about $1,100 to $1,800 per month, depending on the level of play. That salary — stipend, really — is paid only for the months that the players are in-season, early April through Labor Day Weekend. They aren’t paid for Spring Training, when they are working every day. They aren’t paid in the offseason, when they are training nearly every day to get ready for the next season. We’re talking as low as $5,500 to $9,000 per year.

Cuts in Spring Training are often made the day before teams issue meal money for the next week. Clubhouse dues range from about $5 to $15 per day, plus tip, for the clubhouse manager cooking communal meals and doing laundry. And those homestays? They often mean groups of players share a basement somewhere.

And while some players have large signing bonuses they can stretch out over their minor league careers, many more do not. I’ve had players on teams I’ve worked for tell me they signed for just a few thousand dollars. I’ve had friends in the business tell me sometimes that number is as little as a few hundred, or just a bus ticket and the promise of a jersey waiting in a locker.

Those who don’t have signing bonus leverage will be hurt the most by this bill. That includes college seniors stateside, but especially Latin American players. In 2011, it was reported that Dominican players averaged half the signing bonus of American players. This law essentially serves as a regressive tax against those already at a financial disadvantage, not to mention a cultural one.

Between the Major League and minor league sides of Spring Training, there are a little more than 200 players reporting to each of the 30 camps each spring. The Major League roster will take 25 players for Opening Day, while another 30 to 40 will get cut by the end of camp. Even if that leaves 150 minor leaguers per system, it would only cost a team a total of $4.5 million per year to pay each and every one of them a flat $30,000 per year wage.

Major League Baseball took home more than $10 billion in revenue in 2017. Every Major League team just received a share of the partial sale of BAMTech to Disney. That share was worth $50 million to each team.

Pretending that Major League Baseball can’t afford to pay its minor league players a living wage is not simply laughably false, it’s also a dangerous lie the league has evidently been willing to spend millions to sell. It didn’t work in 2016 to sway fans into believing that the game they enjoy watching couldn’t survive if it was operating under the same laws as any other industry, so MLB spent its efforts elsewhere, looking for the right leverage to shoehorn this into existing legislation.

That’s why the bill could never pass on its own, why it had to be stuffed below nearly 2,000 pages in the back of a budget that has nothing to do with it. It’s dirty, rotten politics at its worst, an industry making more money than ever before abdicating its legal responsibilities by rewriting the laws when nobody’s looking. Our future Major Leaguers — and those who dare to pursue the dream of becoming one as far as it will take them — deserve better. 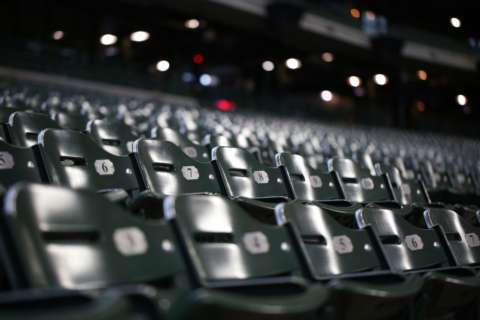 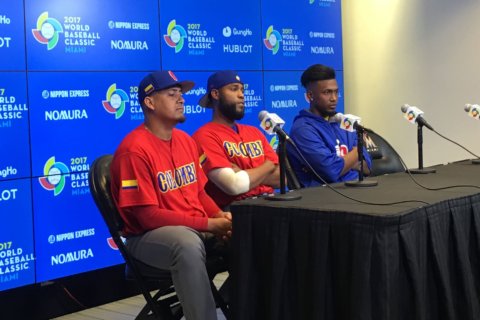 Life on the Farm: The unwitting translator