In Germany, professional soccer has been back for two weeks and everyone involved with the sport there understands it is not just about finishing their season, but offering hope for other professional sports around the world.
Listen now to WTOP News WTOP.com | Alexa | Google Home | WTOP App | 103.5 FM

In Germany, professional soccer has been back for two weeks and everyone involved with the sport there understands it is not just about finishing their season, but offering hope for other professional sports around the world.

Former U.S. men’s national team defender Steve Cherundolo still lives in Germany, where he played and coached for almost twenty years, and where several Americans are currently playing professionally. Cherundolo has been in contact with several players and clubs and appreciates the effort it has taken to get professional soccer going again.

“There were a lot of question marks coming back,” Cherundolo said. “I think the league has done a wonderful job of organizing this return and executed it safely and professionally. And I think the product that they’ve been able to put on the field is very good.”

Christian Seifert is the head of the Bundesliga, which includes 36 teams in the top two divisions of professional soccer in Germany. Seifert guided the league to a resumption of play on May 16. Over the weekend, Seifert discussed the role the Bundesliga is taking on by attempting to compete its 2019-20 season in an interview with Suddeutsche Zeitung.

“I’ve had messages from sporting bodies around the world,” Seifert said. “And most of them have been saying, if you don’t pull this off, then all of us are going to be waiting a very, very long time before we play again.”

The Bundesliga has pulled it off so far. The games have been played in home stadiums, not neutral sites, and without fans in the stands. There are six more match days left on the Bundesliga calendar and the goal is to complete the season by June 27. 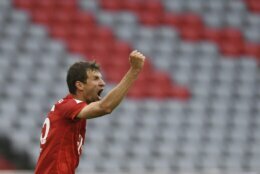 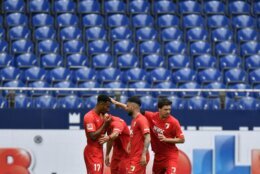 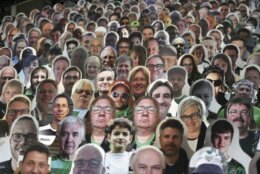 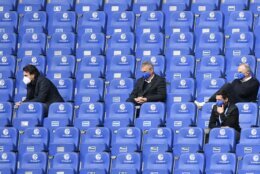 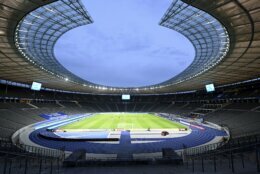 “The whole world is watching Germany to see how we do it,” Bayern Munich coach Hansi Flick told The Associated Press. “It can act as an example for all leagues. Then sport in general might be able to get going again. At the moment, it’s important to implement things exactly as required. We have a big role model function.”

It has been a long road back to play for the Bundesliga. In early April, teams were allowed to return to training, but players for the first two weeks were required to work out in groups of no more than four players. Gradually, the size of the training groups was increased and all players, coaches and support staff were regularly tested for COVID-19.

A week before the scheduled May 16 restart of the Bundesliga, teams were quarantined in a hotel. Before the final OK was given by German health authorities for a return to play, everyone quarantined in the hotels had to test negative twice for COVID-19.

“The precautions that they have taken and the loops teams and players had to go through to actually play were extraordinary but understandable,” said Cherundolo. “This is a huge relief for all professional sports leagues around the world because it shows, with a good plan and players and staff willing to do it, it can work.”

There has been criticism of the Bundesliga’s return to play, but from what Cherundolo has observed, the majority of players and fans have been encouraged that the league is back. Some fans of the club, Borussia Monchengladbach, even took pictures of themselves in club gear and then paid $20 to turn their pictures into life-sized cardboard cutouts that were placed in their seats in the team’s stadium.

“Life is almost getting back to normal,” said Cherundolo. “People are excited to be out and in the parks. Everyone is doing a great job with practicing social distancing. We are not taking this lightly, but I think it is very important moving forward not to be afraid of the situation.”