A doctor tasked with overseeing the Prince William County Health District in Virginia is urging the public to take the necessary precautions as the county’s coronavirus test percent-positivity rate exceeded 16% this week.

The region recorded a state-high 15.9% positivity rate Friday, nearly three times the World Health Organization’s target figure for safe reopening. The WHO recommends reopening when positivity rates are at 5% or lower for at least two weeks.

The increase in caseload comes as Gov. Ralph Northam on Thursday announced new statewide restrictions to curb community spread, including a nightly curfew and decreasing the size of gatherings.

It also follows news that Pfizer’s COVID-19 vaccine candidate secured Emergency Use Authorization from the Food and Drug Administration, becoming the first to do so.

The surge has prompted the county to plan a second large-scale testing event Thursday at the Pfitzner Stadium Lot, during which an extra 500 tests will be made available. An increase in testing, including at some hospitals before procedures, has partially contributed to the spike, but Ansher said community behavior is having a significant impact.

Earlier spikes in cases came in urban areas where social distancing was challenging and employees didn’t have the option to telework, Ansher said. But now, in addition to cases associated with Thanksgiving gatherings, some outbreaks can be attributed to things like homecoming parties and group outings after league sports events.

That can put the county in a challenging spot before Christmas and New Year’s Eve, Ansher said.

“I anticipate probably the same thing is going to happen with Christmas,” Ansher said. “And on top of that, you don’t have the month-long break, you go right into the next holiday, which is New Year’s Eve, where people tend to gather.”

Because of the collaboration among Northern Virginia’s hospital systems, Ansher said hospitals in the region aren’t overwhelmed, despite an uptick in admissions. But she fears some may see the vaccine as a “panacea” and is urging Prince William County residents to change their behaviors.

“Look how many people have chronic diseases and know what they need to do, but perhaps don’t do it,” Ansher said. “…We need to wear face coverings, we need to social distance and we have to change our behavior.”

“I guess we haven’t done a good enough job in making people understand what’s in it for them,” she said.

As Loudoun County pivots back to virtual learning and Fairfax is discussing its path forward, Ansher said cases in Prince William County Schools can be attributed mostly to employees, rather than students, testing positive.

Ansher said some good things, such as the widespread use of telemedicine and businesses meeting virtually, have evolved from the current situation. But until the public follows proper safety measures, she doesn’t anticipate a dramatic decline in community spread.

“If people just social distance and wear face coverings, it would make all the difference in the world to bring down [infections],” Ansher said. “We’ve seen it — data shows it, studies show it, it would do all this, we would flatten the curve. It certainly wouldn’t be perfect.” 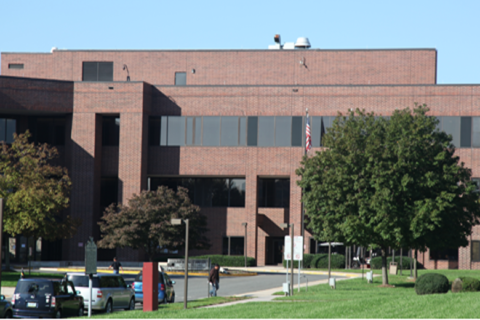