Controversial plans to develop a former 92-acre dairy farm outside Manassas, Virginia, are now on hold and need to be reimagined, the chair of the Prince William Board of County Supervisors told WTOP.

Ann Wheeler, chair-at-large for the board, said a public hearing set for Nov. 17 has been postponed until further notice.

Under the current plan, the site of the former Kline Dairy Farm, located near the intersection of Prince William County Parkway and Liberia Avenue, would be turned into a 251-home mixed-use development.

The application by developer Stanley Martin Homes would include 57 single-family homes, 120 “two-over-two” condominiums and 74 townhomes, surrounding a 145,000-square-foot commercial center.

In a video call, Wheeler told WTOP the Kline development “was a project under the old board that had gone through a lot of old iterations.”

Prince William County has been working to improve traffic in and around Manassas; Wheeler said opponents have been concerned about the possibility of increased traffic to the development.

“I think it’s a wonderful location, in the central part of Prince William County —  it’s a wonderful piece of property, with a lot of attributes,” Wheeler said. “It’s also only a couple miles from the Manassas and Manassas Park VRE stations.”

In September, the Board of County Supervisors voted to move ahead with a $300 million bypass to relieve congestion on Virginia Route 28, from Manassas to the Fairfax County line, after being temporarily derailed in August.

Wheeler said she would like residents who end up living in the Kline Farm development to be able to commute on VRE and other mass transit.

“We’re bringing in a new planning director that’s going to be on board as we start to look at our comprehensive plan,” Wheeler said.

The developer has promised to provide land within the development, if the county chooses to build a school there.

In November 2019, after years of controversy, the Prince William County Planning Commission voted to recommend the supervisors approve the development.

Supervisor Yesli Vega, whose Coles District includes the Kline Farm property, first announced the delay in a public hearing Tuesday on her Facebook page: “Stanley Martin Homes has requested a deferral on the Kline Farm Development scheduled for 11/17 until a date uncertain.”

Wheeler made clear the Kline Farm Development plan would likely look very different before the Board of County Supervisors considers it.

“I think we need to reflect, and look at in the context of the current board’s vision,” Wheeler said. “Not starting from scratch, but looking at it with a fresh set of eyes.”

Editor’s note: Clarifies that the developer would provide land, if the county chooses to build a school within the development. 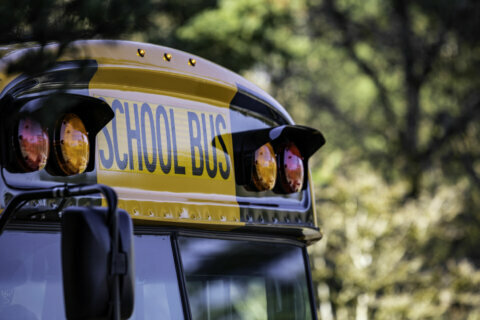 In-person return to classrooms will continue in Prince William County, for now