A controversial plan to build a $300 million bypass to relieve congestion on Virginia Route 28 from Manassas to the Fairfax County line is moving forward after being temporarily derailed last month.

The Prince William County Board of Supervisors voted 5-3 on Tuesday to move ahead with the bypass project, despite voting last month to scuttle the bypass in favor of widening the already-existing Route 28 from four lanes to six.

The bypass will add a four-lane road that extends Godwin Drive from Liberia Avenue, in Manassas, travel through Bull Run Regional Park, and join Route 28 in Fairfax County, just south of Compton Road.

“I’m voting with the people who want Route 28 fixed — the 75% of voters who know it’s a county issue and a regional issue,” Chair-At-Large Ann B. Wheeler said.

In recent years, travel on Route 28 in Loudoun County and Fairfax County has been improved with the building of overpasses to replace traffic signals. However, in the Manassas area, Route 28 has consisted of scores of traffic lights in the largely commercial span, resulting in daily car and truck congestion.

Brentsville District Supervisor Jeanine Lawson opposed the bypass, saying its approval after last month’s vote decision to instead widen Route 28 was based on political influence.

“The Empire did strike back — and you know who the Empire is in Prince William County? The developers,” said Lawson.

Lawson was critical of her colleagues who voted for the bypass: “They know that endorsing this road project will absolutely open the door, and there will be no turning back, only if the Army Corps of Engineers denies the project.”

The bypass will likely affect 72 homes along the proposed route, with half of the homes being purchased by the county. If the county went along with the widening of Route 28, county staffers have said 79 businesses would have been displaced.

The bypass project will likely have the support — and $89 million in funding — from the Northern Virginia Transportation Authority, which has been in favor of the bypass, and threatened to withdraw money if the county chose, instead, to widen Route 28.

Last November, voters in the county backed a bond referendum that included $200 million for the project.

Virginia OKs bill to allow Prince William Co. to have its own health department 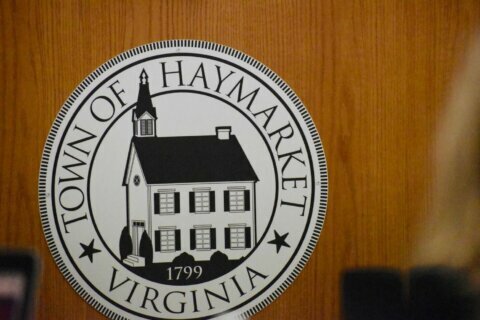