Police say officers responded to the 11200 block of Golden Leaf Circle around 10 p.m. Friday to investigate a shooting.

Upon arrival, officers found a man suffering from a gunshot wound. He was taken to the hospital. His condition was not immediately available.

During the initial investigation, police say it was discovered that the shooting occurred in the area of Blue Gray Circle.

During a canvass of the area, officers found the body of an adult male who was pronounced dead at the scene.

Police have not released the names of the victims nor any details about what may have caused the shooting. The investigation is ongoing.

The map below shows the two locations where police found both victims.

Stick with WTOP for updates on this developing story. 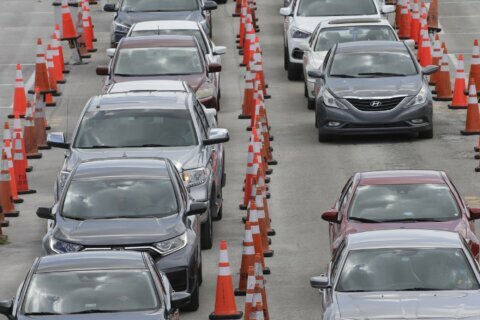