A Maryland teenager has been arrested in the shooting death of another teenager with whom he had an ongoing dispute, according to police.
Listen now to WTOP News WTOP.com | Alexa | Google Home | WTOP App | 103.5 FM

A Maryland teenager has been arrested in the shooting death of another teenager with whom he had an ongoing dispute, according to police.

It happened Saturday shortly before 4 p.m. in Bowie. Prince George’s County police got a call that a shooting victim was being driven to the hospital by friends. They found the vehicle in the area of Route 50 and Rutland Road.

The victim, 17-year-old Joshua Salvador, of Bowie, was pronounced dead at the hospital.

Police arrested Marquet Holmes Jr., 18, of District Heights, on charges of first- and second-degree murder, and other additional charges. He is being held without bond.

Police said the shooting happened in the 6700 block of Laurel Bowie Road.

Anyone with information about this case can call Prince George’s County police at 301-516-2512.

Below is the area where the shooting happened. 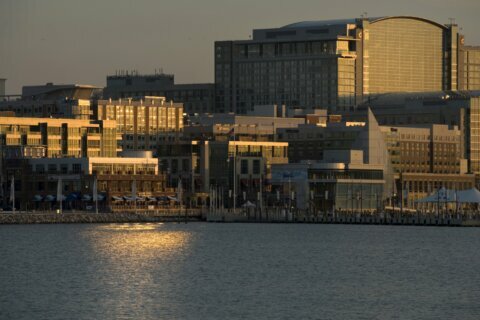