The future of the Bowie Race Track has been a major concern for residents in the area and today a few hundred people gathered at the Kenhill Center to express how they’d like to see the 161-acre property, now owned by the Stronach Group, used if Bowie acquires it.
Listen now to WTOP News WTOP.com | Alexa | Google Home | WTOP App | 103.5 FM
(1/7) 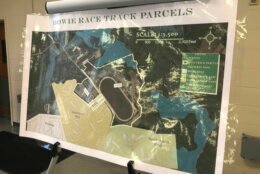 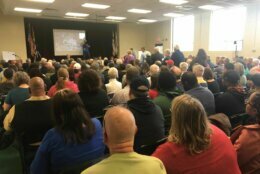 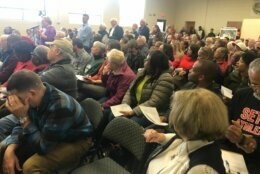 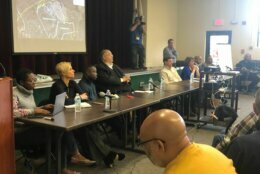 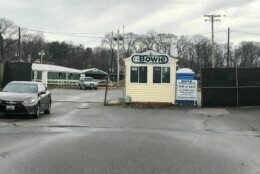 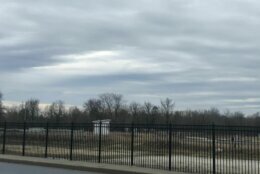 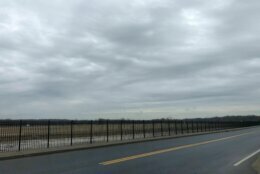 The future of the Bowie Race Track has been a major concern for residents in Bowie, Maryland, and Saturday a few hundred people gathered at the Kenhill Center to express how they’d like the city to use the 161-acre property, currently owned by the Stronach Group, if they acquired it.

The property is likely to be divested as the current owners focus on developing other properties, including Laurel Park and the Pimlico Race Track. Newly-elected Mayor Tim Adams, the city council and other elected officials listened as residents shared ideas.

Aviva Nebesky runs a horse farm just outside of Bowie and said she hopes the future of the track doesn’t completely do away with the city’s horse racing history. “For this track to disappear and the whole concept of horses to disappear would be shameful,” she added.

Fiona Moodie has lived in the area all her life and said developing a green space for children would be ideal. “The smaller part, which is the stables, I think would be the perfect opportunity to have a farm-to-table program where you could partner with the local community as well as elementary schools to get them fresh fruits and vegetables, teach them how to grow their own food,” she said.

Despite a range of ideas, which included a senior community and an area designated for kayaking, most residents agreed limiting traffic, stopping overdevelopment and preserving the ecosystem surrounding the track should remain the focus.

While Bowie hopes to gain ownership, Bowie State University has also expressed interest in the property, with plans to use it as a sort of green space. Plans to see dormitories built on the site are no longer up for consideration.

The Maryland National Capital Park and Planning Commission, which maintains parks in Prince George’s County, could acquire the property and would likely use it for recreation and green space.

A combination of entities taking over the track is also a possibility but some residents expressed concerns over the area losing its spirit and history if the city doesn’t have full control.

Bowie city officials plan to sign a letter next week committing to using the property for open space and recreation. With the legislative session just around the corner, the property is also expected to be a major focus for state lawmakers who will negotiate the future of the track.

Mayor Adams, who stressed limiting development throughout his campaign, said lawmakers will continue to hold discussions with residents in different districts. “We’re looking at recreational and green space for the city and I think that’s important to everyone,” he said.