A man suspected of killing his wife after her body was found in a parked car in Capitol Heights, Maryland, has turned himself in.
Listen now to WTOP News WTOP.com | Alexa | Google Home | WTOP App | 103.5 FM

A man suspected of killing his wife after her body was found in a parked car in Capitol Heights, Maryland, has turned himself in.

James Dorsey, 41, of Greenbelt, turned himself in Wednesday to the Department of Corrections, Prince George’s County police announced Thursday. Dorsey is being held on a no-bond status.

Police have not released any other details Thursday.

Dorsey, who is facing a first-degree murder charge, is accused of fatally stabbing his wife, 42-year-old Nika Dorsey, police said.

Nika Dorsey was found dead Jan. 2 in a car parked in the 8700 block of Ritchie Drive in Capitol Heights. An employee at a nearby business noticed the woman in the car and called police. 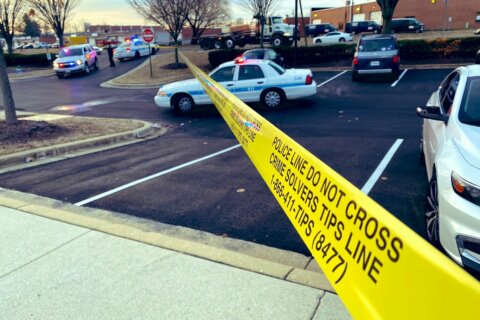