WASHINGTON — Police are searching for a knife-wielding suspect who they say robbed several Prince George’s County laundromats and a gas station in the early morning hours in the past week.

Police say the suspect has targeted three laundromats in four days — two of which occurred Wednesday morning. Police released surveillance photos of the suspect Wednesday afternoon in hopes it would help identify and locate the man. 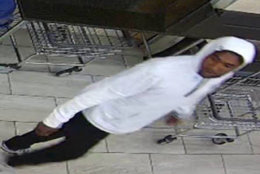 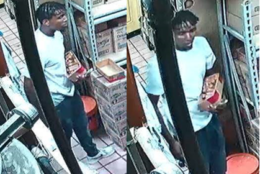 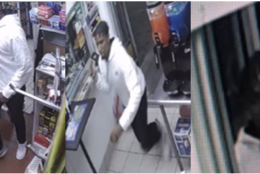 Around 2 a.m. Wednesday, the suspect walked into a laundromat in the 4100 block of Branch Avenue in Temple Hills, Maryland, pulled out a knife and demanded money. The suspect cut an employee on the arm before running out of the store. He did not get any money, Prince George’s County police said.

About two hours later, the same suspect pulled a knife and demanded money at a laundromat in the 7100 block of Martin Luther King Jr. Highway in Landover, Maryland. The employee handed over money and no one was injured, Prince George’s County police said.

At 2:45 a.m. Tuesday, the suspect threatened the employee of a gas station in the 6000 block of Annapolis Road in Landover Hills with a knife and demanded cash. The employee complied; there were no injuries.

Around 2:30 a.m. on Saturday, the suspect robbed a laundromat in the 4700 block of Marlboro Pike in Capitol Heights. Police said that in that case, he assaulted the employee by slamming him into a door and then demanded cash.

Police are offering a cash reward for any information leading to the suspect’s arrest and indictment. Anyone with information can call police at 301-772-4905.