WASHINGTON — A former Prince George’s County school volunteer who pleaded guilty to more than a dozen federal sexual exploitation and child pornography charges was sentenced Monday to 75 years in prison.

Deonte Carraway, 23, a former elementary teacher’s aide, pleaded guilty in January to 15 federal counts of sexual exploitation of a minor to produce child pornography in a widespread sex abuse case that stunned the county school system.

U.S. District Judge Deborah Chasanow, in handing down the 75-year sentence, cited the enormity of Carraway’s crimes and said Carraway knew right from wrong. The children Carraway abused are suffering and may suffer for a lifetime, she said, adding that many of them remain in therapy and some of them are dealing with suicidal thoughts.

Prosecutors said Carraway directed young students to engage in sexual activity with each other and himself and recorded some of the sexual acts on cellphones.

Some of the sexual acts took place at Judge Sylvania Woods Elementary School in Glenarden, Maryland, where Carraway was an aide. Police arrested Carraway in January 2016 after a family member discovered nude images on the victim’s phone.

Carraway’s January plea agreement called for a sentence of between 60 and 100 years. U.S. Attorney Kristi O’Malley had sought the full 100 years to send a message and to ensure “that he never gets near children again.”

Carraway’s attorney, federal public defender John Chamble, argued for leniency, saying Carraway has accepted responsibility for his actions, only has an IQ of 63 and had been sexually abused himself as a child. Chamble characterized Carraway as having a man’s body with a child’s mind.

Carraway will serve his sentence at a federal facility for sex offender treatment. There is no parole in the federal system, but prisoners can earn up to 15 percent off their sentence for good behavior.

In a short statement read in court, Carraway said he is ashamed of his actions and for hurting children and their parents but that he is not a “monster.”

In addition to the federal charges, Carraway was indicted on 270 charges in Maryland related to child abuse and child pornography. His next court date in the Maryland case is set for September.

All told, between federal and local charges, Carraway was charged with the abuse of 23 children going back to 2015.

Prince George’s County State’s Attorney Angela told WTOP Carraway will likely spend the rest of his life in prison on the federal charges. “The next thing that happens is that we have to do everything in our power to make sure there is no other Deonte Carraway who is allowed to have access to children in a school house who can assault and injure them,” she said.

The Carraway case outraged parents and led to the creation of a task force that made more than 60 recommendations for improving student safety, including training, curriculum changes and the screening of employees and volunteers.

The parents of one of the victims filed a lawsuit against Carraway and the school system in February 2016, claiming school administrators knew of Carraway’s predatory behavior and should have done more to stop it.

WTOP’s Kathy Stewart and John Domen contributed to this report. 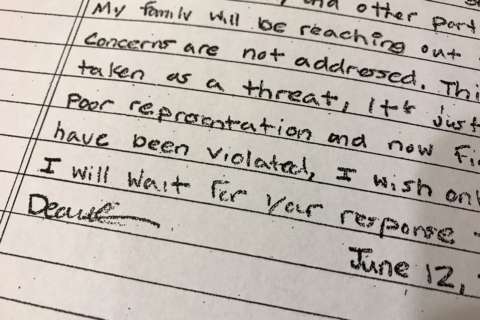 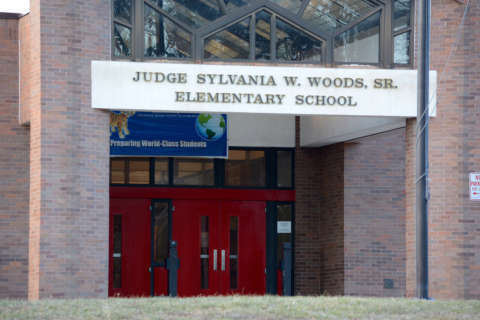