Roller derby is growing across America and especially in the mid-Atlantic, where there are local teams in towns big and small from Richmond to Baltimore.
Listen now to WTOP News WTOP.com | Alexa | Google Home | WTOP App | 103.5 FM

What do most people want out of sports? Highflying action? Bone-rattling hits? Lots of scoring? Loud, blaring music with enthusiastic announcers and hype crew? Maybe a bake sale in the back with homemade s’mores brownies?

If you’re looking for all of the above, all at once, it’s hard to think of any other place you’d find them outside of roller derby. In this case, Saturday’s match hosted by Free State Roller Derby, at the Michael & Son Sportsplex in Rockville, Maryland.

If you have only a cursory knowledge of roller derby, you might be thinking of pitched tracks with banked angles. That’s not this. The flat track not only saves on equipment cost, it’s easy to set up anywhere with just a roll of tape, like inside the Sportsplex, just across the parking lot from the Rockville Ice Arena.

“We can just lay down some tape and boom, we’ve got derby,” said Vixen Takillya, the marketing director for Free State.

Oh, right — puns are an important part of roller derby, with each racer adopting a punned-up racing name (by which they are referred to in this story).

Also official in training, “Vix” used to skate, but a couple of broken bones — including an ankle — sidelined her to administrative duty. In her day job, Vix works on military sexual assault issues, just one of a wide range of professions. There are lawyers, scientists, social workers and more, with women ranging from 18 all the way into their 50s.

So who exactly are these women?

“I ask myself that every week, sometimes,” she laughed.

Everyone’s in full protective gear, from helmets, to elbow pads, wrist guards, and knee pads. This is, after all, a full collision sport, though not nearly as dramatized as it is in, say “Whip It,” the most recent major motion picture about the sport.

They all compete under the official rules and guidelines of the Women’s Flat Track Derby Association, which, as of June, has 463 member teams spread across 30 countries worldwide. Not bad for an organization that just started in 2004.

There are a good number of local teams, some of which have reached the higher echelons of the sport. Mother State, out of Richmond, has cracked the Top 100. The DC Rollergirls reached as high as 37th five years ago, but are clinging to their spot within the Top 100. Charm City, out of Baltimore, peaked as high as 14th in 2014.

The teams Saturday are still working their way to get there. The visiting 301 Derby Dames (217th) from La Plata, Maryland took on the Rock Villains from Free State Roller Derby (183rd). Free State is up near their high point, having reached 181st in April of this year.

The international championships are around the corner in November in Montreal, but Free State isn’t quite at that level just yet. They started in 2009 and used to skate at a fast-pitch softball facility that had unfinished areas outside of the track, meaning a bad spill might send you flying toward a hammer or an exposed nail. Now they’ve relocated and have expanded to two separate teams as of last year — the Black Eyed Suzies, and the Rock Villains (yes, another pun, this one geographic), who skated Saturday.

Here are the basics: Teams of five skate against one another in two-minute “jams.” On each team, there are four blockers and one jammer, the only player that can score points. Whichever jammer is able to get through the pack first controls the jam. The jammer picks up a point for every opposing blocker she is able to get by.

The blockers, meanwhile, use any number of strategies to try to impede the jammers and push them out of the track, forcing them to reset. But they can’t extend their arms or elbows to do so, lest they incur a penalty. If the lead jammer decides it’s advantageous not to go the full two minutes, she can end the jam whenever she wants.

Each team has 15 on an active roster, meaning there are three sets of skaters alternating, similar to hockey-style shift changes. The jammer can be different each time, and one of the blockers is also designated as a pivot, meaning the jammer can pass off her title to that player exactly once per jam, if she wants to.

With all the action flying around the track, there are seven officials keeping an eye out for scoring and penalties. A penalty nets you 30 seconds out of action, which can be crucial in allowing a team to gain points quickly. There are two 30-minute halves split by a 15-minute intermission.

An enthusiastic crowd of more than 100 spectators including many self-identified first-timers, along with a documentary film crew, crammed into the space Saturday afternoon and were treated to a wire-to-wire win for the home side.

One fan who had seen plenty of bouts was Cliff O’Bier of La Plata, Maryland. O’Bier started working as the lone EMT for the 301 Derby Dames’ home matches a couple years ago. Before long, he started hanging out with them.

“All the girls are great,” he said. “Some of the nicest people you’ll ever meet.”

O’Bier started traveling to matches when dating one of the skaters, Strawberry Smashcake.

The action provided plenty for the home crowd to cheer about. Thanks to a few particularly effective jams early by TooFast Tofurious, the Rock Villains raced out to a lead they’d never relinquish, holding a 122-79 advantage at the break. While she looked to be one of the most agile skaters out there Saturday, it’s only been three years since she first laced them up.

“Honestly, I had never skated on quad skates before,” said Tofurious, 29, who lives in Rockville and works at the National Institute of Allergy and Infectious Diseases. “The amazing thing about Free State is they really have a great training program that will first train you how to skate, and then teach you how to play derby.”

She had a natural gateway to the sport as her mother — who goes by Omageddon — had already been skating for a year when she recruited her.

As the second half begins, Chumbawamba’s late ‘90s hit “Tubthumping” blares over the PA system, and it feels like a fitting anthem for the proceedings:

“I get knocked down

But I get up again

You’re never gonna keep me down”

In the match’s closing seconds, Rock Villains skater Natty Boh’ncrusher takes a direct hit to the solar plexus and hits the floor in a heap, staying down. The EMT on site (not O’Bier, at least for today) runs over to run some quick tests. She only had the wind knocked out of her, and she soon gets up to finish the skate, looking no worse for wear.

“She just hit me in the sweet spot and I got the wind knocked out of me,” said Boh’ncrusher, a 35-year-old project manager at the University of Maryland, who hasn’t sustained any serious injuries in her four years skating.

“I’ve been very fortunate. The only injury I’ve had since playing roller derby, I sprained my ankle jogging in the neighborhood.”

A friend brought her to a match at the D.C. Armory back in 2012, but when she learned there was a team closer to where she lived, she jumped at the opportunity. A former soccer player and figure skater, she found it scratched the competitive itch that she’d always had.

“I have played in some rec league soccer, and it was either you were playing in the beer league, or it was at a level of competition that I wasn’t prepared for any more at this point in my life,” she said.

Despite the rough and tumble nature of the sport itself, there’s a collegiality you won’t find in most sports that permeates through roller derby. Some competitors exchange pleasantries and even hugs mid-match. There is a handshake line at the end where the contestants thank fans, then one another. And each team picks the other’s MVPs, for best jammer and best blocker. When it’s time to go home, the 228-155 Rock Villains win feels like an afterthought.

“I think that is what is really special about roller derby, because everybody understands that we’re all just coming together to do something that we love to do,” said Tofurious. “We’re everybody’s biggest cheerleader.”

There’s also no population of players trying to reclaim their high school glory days, as plagues many adult rec sports, because, well, it’s a sport that only exists among those who find it once they’re grown up.

“Derby isn’t a sport that anyone grows up playing — you make a choice to do it as an adult,” said Boh’ncrusher. “Something draws you in, something about the community and the atmosphere. You choose this as your people.”

Free State practices twice a week, a more technical workout on Tuesdays and a scrimmage on Fridays. They’ve got a road match against NOVA Roller Derby at the other Michael & Son Sportsplex in Sterling, Virginia, on Aug. 17 and a final home match on Oct. 5 in Rockville.

They’ve also got an open house upcoming on Friday, Sept. 20 from 8-10 p.m., for those interested in the sport, or who just want to find out more. 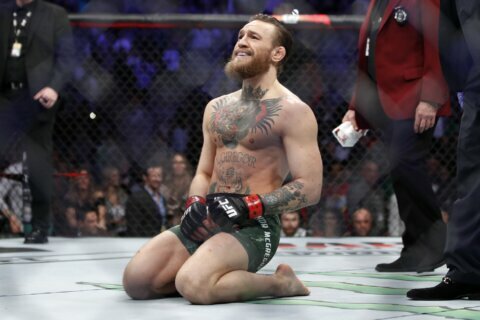 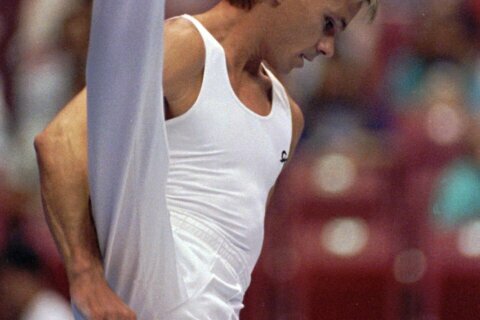 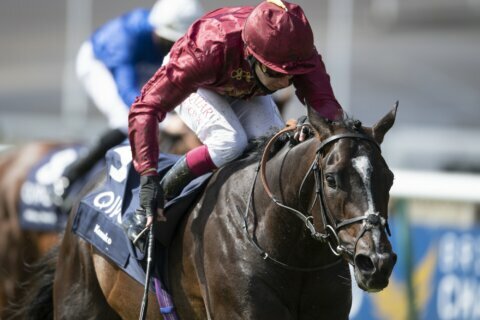