We called Kat Holmes 'the swashbuckling surgeon' five years ago, and the D.C.-area native has only progressed father in both realms since.
Listen now to WTOP News WTOP.com | Alexa | Google Home | WTOP App | 103.5 FM

Kat Holmes, dubbed here as “the Swashbuckling Surgeon” before the 2016 Olympics in Rio, has only done more to earn that moniker in the last five years.

Holmes, 28, narrowly missed out on a medal in fencing — the U.S. Women’s Epee Team lost in overtime to finish fifth in Rio, and Holmes placed 25th in the individual competition. But she made history in 2018 by anchoring Team USA to a gold medal at the Senior World Championships, the first U.S. women’s team to medal.

As if that weren’t impressive enough, Holmes then took on the daunting task of applying to medical school while simultaneously trying to qualify for the 2020 Olympics.

“She likes to work,” Zoltan Dudas, Holmes’ coach at Princeton over the last 10 years, said in 2016. “When you’re tired and exhausted, she’s still able to focus in those moments, and she knows it isn’t always fun.”

The overlap wasn’t supposed to happen. Holmes was accepted into the Icahn School of Medicine at Mount Sinai in March 2020, but deferred medical school for a year while training for the Olympics.

Before the coronavirus pandemic, she had considered retiring from fencing, but the delay of the Summer Games into 2021 actually helped her continue fencing competitively.

How the pandemic changed the game

Holmes said her training routine changed 11 times during the pandemic. She and her team were in Hungary when it hit, and she said they barely made it back to the U.S. before the travel ban went into effect.

The restrictions at home also put a damper on training. Holmes said she couldn’t use the gym at Princeton, so she made a makeshift gym at home by creating weights out of Home Depot buckets filled with sand and practiced fencing in Dudas’ basement — which was unexpectedly frustrating.

“As eternally grateful as I am to my coach for loaning out his house, I think a piece of my soul died in that basement,” she said — it was a tight space, and the foam-tile ceilings would catch her sword.

Now, Holmes can practice at a nearby fencing club, and has “a legit gym in my apartment” in New York that includes real weights from her sponsor.

“It’s been kind of a nightmare figuring it all out, but at the end of the day, I got it done,” she said.

Holmes said she’s not concerned about the state of emergency in Japan as the Summer Games begin, citing Japan’s low case rate and stricter measures compared with the United States. She added that the fencing team is isolated on a U.S. military base and tested multiple times every day.

“Quite honestly, I have negative (number of) concerns,” Holmes said.

As she did in 2016, Holmes is competing in team and individual epee. The attitude, individually and collectively, is much different this time around.

“I think we kinda knew that we could medal in Rio, but now we really believe that we can,” she said. “It’s a subtle dichotomy … but there’s a big difference.”

Holmes’ confidence comes from the team’s win in the world championships in 2018 and its No. 1 world ranking for the 2018-19 season.

“Definitely from a team perspective, we want to win gold this time,” she said. “We’d be happy with a medal of any color, but I don’t think we’ll be truly satisfied unless it’s gold.”

What about a medal in the individual competition?

“Individually, I’ve improved a lot over the last five years,” Holmes said, citing the extra year the pandemic provided her to train. “My goal is always, I wanna win.”

If she does bring home gold, don’t expect the busiest Olympian to take a long victory lap around her old stomping grounds at Chevy Chase Fencing Club. 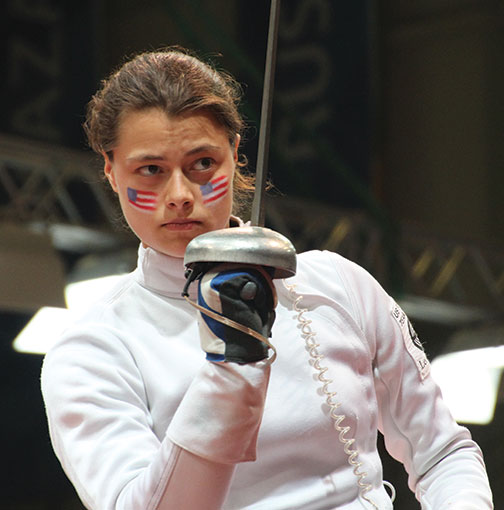 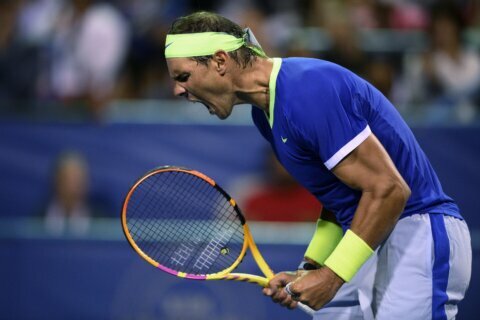