In a wide-open AFC West, is this the year for the Chargers to bolt to the top of the division, the Raiders romp in Gruden's return, or the Chiefs repeat with a new QB?
Listen now to WTOP News WTOP.com | Alexa | Google Home | WTOP App | 103.5 FM
(1/4) 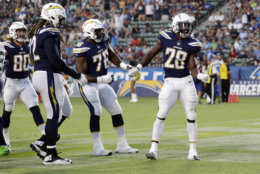 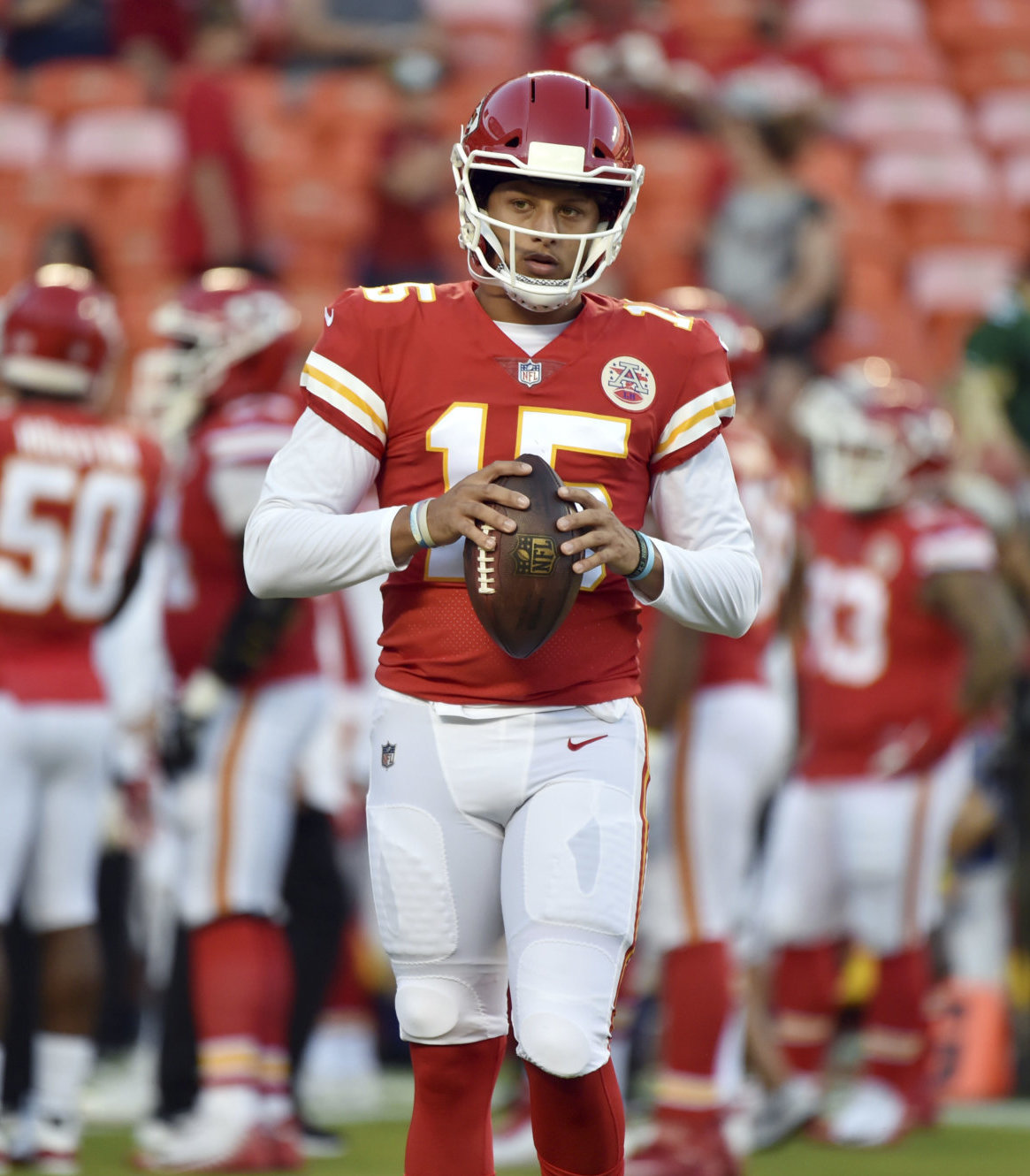 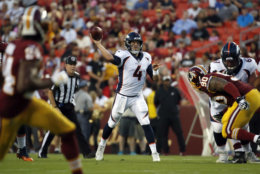 Mike Pouncey says it’s his dream come true to play with Philip Rivers, but all kinds of big dreams could come to fruition for the Chargers’ sophomore season in Los Angeles.

Second-year head coach Anthony Lynn has a roster loaded with talent, and the benefit of former head coaches Ken Whisenhunt and Gus Bradley coordinating his offense and defense, respectively. This has expectations high for a team that finished the 2017 campaign with six wins in their final seven games, and look poised to pick up where they left off in 2018, assuming the potent offensive trio of Rivers, Keenan Allen and Melvin Gordon can stay healthy and the newly re-signed Antonio Gates still has enough left in the tank to fill in admirably for the injured Hunter Henry.

Speaking of health, last year’s first-round pick Forrest Lamp returns from an injury that cost him his rookie season, which should solidify the middle of the O-line. Talented corner Jason Verrett is out for the season, which is a blow to a secondary fortunate to land first-round safety Derwin James.

That said, there will be challenges. The run defense is a bit questionable on a unit that will be reliant on big contributions from their rookie class — specifically James. That’s not to mention a six-week stretch midseason without a true home game.

But a stud front end that includes Joey Bosa, Casey Hayward, and Melvin Ingram should keep last year’s third-ranked scoring defense effective enough to take advantage of a down division — and perhaps even dust off an old, cheesy anthem.

Kansas City made the bold choice to deal Alex Smith after a career year, and hand the keys to the unproven Patrick Mahomes. The second-year QB could get off to a slow start thanks to some tough road games to start the season, but the expectation is that the presence of stud players like Kareem Hunt, Tyreek Hill and Travis Kelce will boost his development.

Though Kendall Fuller was treated as a garnish in the trade that brought Mr. Smith to Washington, he’s already KC’s best corner (he was rated by Pro Football Focus as the sixth-best cornerback in the NFL) after the team dealt Marcus Peters to L.A. In fact, the Chiefs will need production from another Redskins cast-off corner (Orlando Scandrick), and the linebacking corps will look different without longtime leader Derrick Johnson. The big-play ability of Mahomes and the offense will ensure the Chiefs are competitive, but I don’t expect them to return to the postseason.

Denver’s season will depend on its stout defense. The Broncos were ranked third in total defense last season, but still gave up 23.9 points per game. If that’s going to change, rookie Bradley Chubb will need to form a special, bookend pass rush duo with Von Miller, and the back end of the defense — which added Adam “Pacman” Jones in the preseason — will need to get back to taking the ball away at a steady rate.

Of course, giving the ball to the offense may or may not be a good thing. Case Keenum steps in to fix last year’s mess at QB, but he could revert back to the mediocrity he lived in before his unlikely renaissance in Minnesota. Young second-stringers Chad Kelly and Royce Freeman played well enough in the preseason to make Broncos fans feel good about the future, but in the present I’m not confident enough in that offense — or their punter’s ability to avoid conflict — to think they’ll emerge too far out of the AFC West basement.

Quarterback Derek Carr is apparently happy to have Gruden, but he’s playing behind a reshuffled offensive line, with veteran left tackle Donald Penn moving to the right side to make room for first round rookie Kolton Miller. The NFL’s oldest roster will rely on 30-something skill position players Marshawn Lynch and Jordy Nelson to have enough left in the tank to play prominent roles, and the Martavis Bryant experiment was probably as ill-conceived as it was short-lived.

It’s a good thing Oakland drafted three defensive linemen and added Bruce Irvin, because they just traded their best player, Khalil Mack, after a lengthy holdout. Even with Mack — a premier pass rusher still in his prime — this was a lackluster defense ranked toward the bottom of the league the last two years, so don’t expect much from that unit.

Gruden has been compared to Steve Kerr, the toast of Bay Area basketball, but he’s probably more like Joe Gibbs 2.0 — the game passing him by after a decade-long absence from the sideline. Expect the Raiders to fade to (silver and) black.