WASHINGTON (AP) — Federal Reserve Chair Jerome Powell on Wednesday defended the Fed’s increasing scrutiny of the threat that climate change could pose to the health of the nation’s banks, after some Republican members of Congress had complained that by doing so the Fed was overstepping its mandate.

Over the past year, the Fed has taken steps to incorporate the risks from climate change into its oversight of the financial system. A key part of the Fed’s mandate, in addition to setting short-term interest rates to either stimulate or slow the economy, is regulating banks to guard against excessive risk-taking.

Last year, the central bank joined an international organization of central banks and regulators to coordinate on managing the risks that climate change poses to the financial industry. In a report last year on financial stability, the Fed for the first time cited such risks and established an internal climate committee.

“The reason we’re focused on climate change is that our job is to make sure that financial institutions, banks, particularly the largest ones, understand and are able to manage the significant risks that they take,” Powell said in an interview with the Economic Club of Washington. “We see it only through the lens of that existing mandate.”

Climate risks include the potential for banks to hold too many mortgage loans for homes in coastal areas that are threatened by rising sea levels, or loans to oil and gas drillers that could fail if energy generation switches to renewable sources.

Last month, 12 Republican senators wrote a letter to Powell accusing the central bank of moving “beyond the scope of the Federal Reserve’s mission.”

“We question both the purpose and efficacy of climate-related banking regulation and scenario analysis, especially because the Federal Reserve lacks jurisdiction over and expertise in environmental matters,” the letter said.

The letter was signed by Sen. Pat Toomey, the senior Republican on the Banking Committee, and by Republican senators Richard Shelby of Alabama, Mike Crapo of Idaho and Tim Scott of South Carolina, among others.

In the interview, Powell also reiterated the criteria the Fed will use to consider any future increases to its short-term rate, which has been pegged near zero since the pandemic erupted in March of last year.

The job market’s recovery would have to be “effectively complete,” Powell said. And inflation would have to reach the Fed’s 2% annual target and appear “on track to run moderately above 2% for some time.”

The Fed has been buying $120 billion in Treasury and mortgage bonds each month to keep longer-term borrowing costs, such as mortgage rates, low. Powell said the Fed would start slowing those purchases after “we make substantial further progress” toward its goals.

“That would, in all likelihood, be well before the time we’d consider raising interest rates,” Powell said.

As in the past, Powell also acknowledged that many disadvantaged Americans haven’t benefited from the recovery and in fact have continued to suffer. He mentioned a group of homeless people he sees living in tents in Washington on his way to or from work at the Fed’s headquarters, something he had also noted in an interview last Sunday on “60 Minutes.”

“It’s a lot of tents, it’s a lot of people,” he said. “It strikes me every day as I drive by it. … We don’t have tools that deal directly with them. But, you know… many of them probably were working in February of 2020, before the pandemic hit. And I think they need to be in the room with us as we make our decisions about monetary policy.” 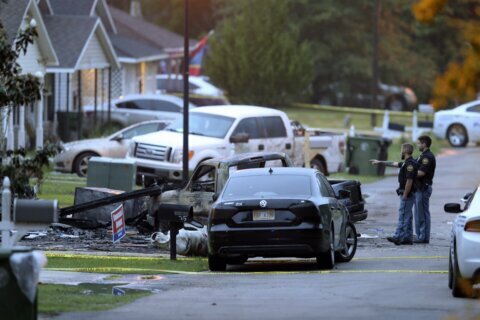 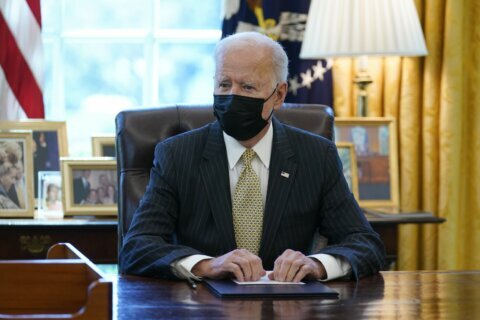