How do experts predict when the cherry blossoms will hit peak bloom?

Cherry blossoms are set to bloom for the second earliest time in 100 years. So how do experts predict when the blossoms will bloom? Well, it's not a guess.

This year, Stachowicz estimated that peak bloom of the cherry blossoms will happen around March 17.

If he is correct, it would be the second earliest arrival since the trees were planted over 100 years ago.

So how does he predict the peak bloom of the cherry blossoms?

But before he looks ahead, he has to look to the past.

“We actually have to go back and calculate using temperatures and figure out when the trees have gone dormant for the season,” Stachowicz said.

He said that happened around Dec. 31 this winter.

“Now, whenever we get warm days where the temperatures are above about 39 degrees on average, we start counting those days that happen … so we’re kind of watching them at that point. This year we were watching them a lot more frequently in January and February because of the warm weather we were having through those months.”

He also looks at what he calls “indicator trees,” which are trees that tend to bloom shortly before the famous cherry trees do every spring. Then he looks at the long range forecasts put out by the National Weather Service.

The most recent forecasts suggest the next few weeks of March should be average to slightly below average in temperature. But the problem with long range forecasts is that they’re not very reliable more than about five days out.

If there’s a drastic swing in temperatures one way or the other, he’ll be out with an amended prediction.

“So that’s the thing to kind of watch out for,” he said. “We’re going to have our prediction … based on the best available science right now. But if we get a fluke warm spell it could be sped up, or if we get a period of time where it is cold, the buds will just sit there as long as it’s cold and just wait.”

Stachowicz, too, will sit and wait for the next few weeks, admittedly anxious that his name is attached to such an early arrival of the blossoms.

“Whenever you have something that’s outside normal, it’s nerve wracking for me,” he said. “I think the average bloom date is April 3, and if you’re right around there you go ‘Hey, that’s OK, that’s good.’ But when the prediction comes in earlier than that or later than that, there’s a little bit of pressure.”

The earliest peak bloom ever recorded was March 15 in 1990. If Stachowicz is correct, this would end up being the second earliest peak bloom. It would also mean an early arriving spring, and it’s doubtful there would be too many people upset with that. 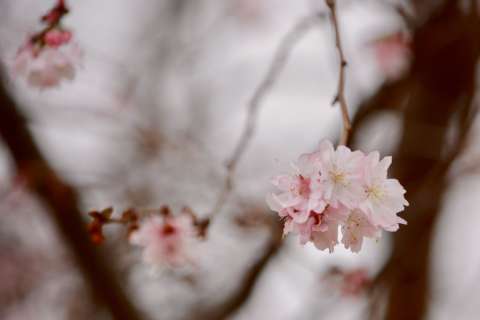 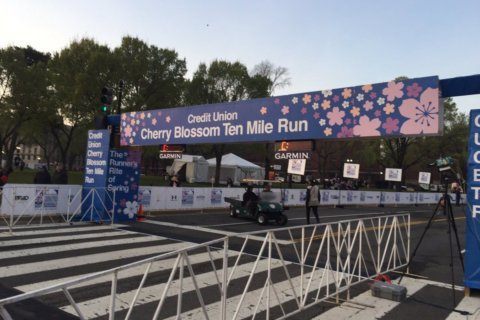