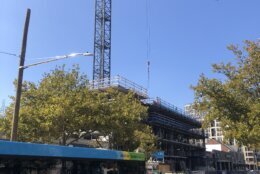 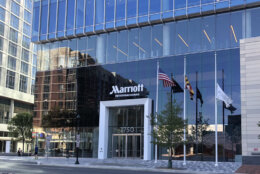 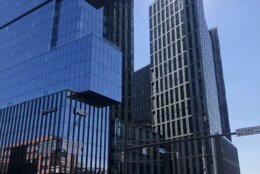 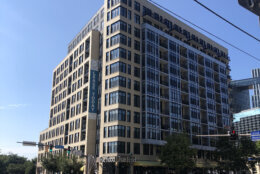 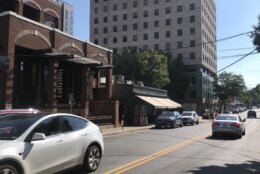 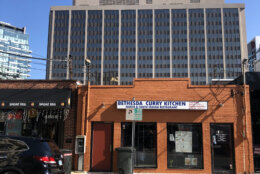 Marriott International held a grand opening this week for its new global headquarters, a towering 21-story building that forms just one part of the changing landscape in downtown Bethesda, Maryland.

The gleaming new office-hotel complex and other tall new buildings in the central core of downtown Bethesda on Wisconsin Avenue include the Wilson, a 23-story office tower which houses the headquarters for local television channel Fox 5 DC, and the 22-story Avocet Tower, a space for offices and a hotel.

While the towering commercial buildings stand out among the multiple construction projects recently completed or now underway, it is residential construction that seen the biggest investment.

“Over the last [five] years most of the development has been residential, either apartments or condos atop retail on the ground and that really is most of what is […] in the pipeline for development over the next five years,” said Jeff Burton, executive director of Bethesda Urban Partnership.

County development officials have long called for downtown Bethesda to be transformed from a sleepy suburban downtown — with office buildings, a few hotels, stores and restaurants — into a thriving urban center where people live, work and play. The idea is to locate more residences near mass transit and create walkable neighborhoods.

The number of apartments and condominiums in downtown Bethesda has grown from a few thousand to more than 5,000, and plans envision the number rising to more than 8,000 in the years ahead.

“There are already somewhere between 20 and 22 projects that are approved and are in the pipeline for development,” said Burton.

The county concedes that the housing costs in downtown Bethesda are out of the reach for most residents of the county. Newly built apartments are typically renting for $2,750 a month.

While the building boom has brought plenty of changes to downtown Bethesda, the transformation is far from over.

“Bethesda will be markedly different in five years when a majority of that development is completed,” said Burton.