"We still have no metrics, no performance measures, nothing that would be relevant for us in terms of evaluating applications from private schools."
Listen now to WTOP News WTOP.com | Alexa | Google Home | WTOP App | 103.5 FM

After officials in Montgomery County, Maryland, were blocked from ordering an across-the-board closure of private schools, several schools are now planning to reopen for in-person instruction.

But county leaders said Thursday they are still waiting on health guidelines from the state that they believe they need in order to evaluate the schools’ reopening plans.

“We still have no metrics, no performance measures, nothing that would be relevant for us in terms of evaluating applications from private schools … And we continue to be concerned about opening without guidance,” County Executive Marc Elrich said during an online news briefing Thursday.

Elrich added: “I’ll point out that there are no other businesses that are allowed to set their own rules for how they open in this climate.”

Elrich’s comments are the latest in a back-and-forth between county leaders and the administration of Gov. Larry Hogan about how nonpublic schools can safely reopen during the coronavirus pandemic.

Earlier this month, Montgomery County Health Officer Dr. Travis Gayles issued a directive ordering nonpublic schools in the county to stay closed until Oct. 1 to limit the spread of the coronavirus.

But the move, which drew a federal lawsuit by the parents of some private-school students, was overruled by an executive order from Hogan and then a memo from the state Department of Health secretary, who said county health officers couldn’t order a blanket closure of private schools but had to consider the reopening plans of each on a case-by-case basis.

Officials also announced Thursday that part of the COVID-19 testing administered by the county that’s processed through Rockville-based AdvaGenix has been suspended.

There needs to be a “thorough review” of the AdvaGenix testing and lab process, officials said.

Gayles is recommending residents who have been tested in the past two weeks at county-sponsored clinics using the AdvaGenix test kits to get retested.

Officials said more than 19,000 AdvaGenix tests were used over the past two months, which covers about 8% of the more than 251,000 COVID-19 tests that have been used on country residents.

County officials are looking into an alternative source that can analyze tests. They’ll let residents know when there are more county-sponsored test options available.

The clinic scheduled Friday at the Wheaton Library and Community Recreation Center is still on, but will be using tests provided through the state of Maryland.

No official process for reopening

So far, the county has received plans from about a dozen nonpublic schools planning to reopen, said Dr. Earl Stoddard, director of the Montgomery County Office of Emergency Management and Homeland Security Management.

Stoddard said the lack of state guidelines is making it difficult to gauge those reopening plans.

“We’re willing to review plans but … if we’re comparing your plan to something, we need
something to compare it to, and that’s what we’ve been waiting on,” he said.

There may be even more private schools planning to send students back to the classroom, since there is no official process for nonpublic schools to submit plans, Stoddard said.

Pointing to Hogan’s executive order and the memo from the state health secretary, Elrich said county officials are “feeling rather constrained about what we can do on the school front.”

There are about 140 nonpublic schools in the county.

Elrich said school guidelines put together by the Maryland State Department of Education in the spring apply to public schools and aren’t specific enough.

Instead, he argued the state should have a single set of guidelines for reopening both public and private schools.

“It makes no sense to have one standard for public schools and say, ‘This is what you have to do to make sure that children, teachers and staff are safe,’ and then not set a standard for everybody else.”

WTOP has reached out to the Maryland State Health Department about what guidance counties should use to evaluate private schools’ reopening plans and whether any additional guidance will be forthcoming.

In nearby Anne Arundel County, where the health department has recommended — but not ordered — that private schools stay close, the county health department said it will evaluate schools’ reopening plans based on guidance from the CDC and the State Department of Education.

Cases among young people doubled over past month

Before his health directive was overruled, Gayles had argued community spread of the coronavirus was still too prevalent in the county, and daily COVID-19 caseloads were still too high to allow students to safely return to classrooms.

Gayles said Thursday that new data is also showing a troubling increase in the percentage of young people testing positive for the virus.

Previously, people age 0 to 19 had been making up between 8% and 9% of new infections. Over the last month, people in that age range are making up between 17-18% of new cases, Gayles said, citing county-level and state-level data.

“So, basically, it’s almost doubled in the last month, and that’s concerning because we’re seeing more cases pop up in kids,” Gayles said. 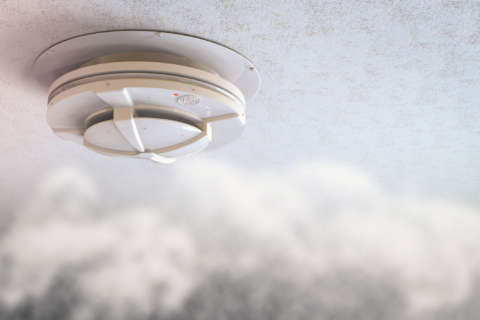