Officer kicks down door to rescue husband and wife in Montgomery Co. fire

A woman and her husband were rescued by a Montgomery County police officer and an off-duty firefighter — all before fire trucks arrived to the house.
Listen now to WTOP News WTOP.com | Alexa | Google Home | WTOP App | 103.5 FM
(1/4) 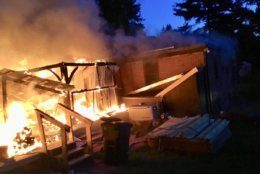 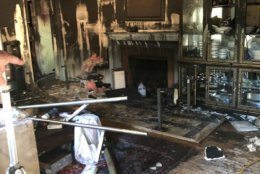 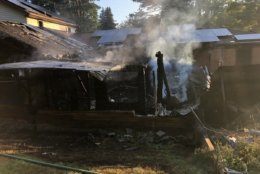 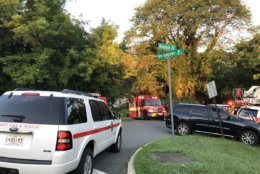 A woman and her husband in Colesville, Maryland, were rescued by a Montgomery County police officer and an off-duty firefighter — all before fire trucks arrived to the house.

Sgt. Scott Brooks, a police veteran of more than 20 years, and the off-duty firefighter, who were both nearby, saw smoke and called it in.

But they got to the house before fire trucks did.

The house was “fully engulfed, coming from the back area, both smoke and fire,” Brooks said.

Brooks found the woman standing inside after kicking down the door and helped her outside.

Brooks then went back into the burning house and found the woman’s husband and helped him to get out.

“I just look at it like if they were my parents … any Montgomery County police officer or firefighter would’ve done the same thing,” he said.

The fire happened just before 5:30 a.m. on Stanley Lane near New Hampshire Avenue.

The fire burned for more than an hour before being put out.

No one was hurt and it’s not yet clear what caused the fire.

Below is a map of the area where the fire erupted:

WTOP’s Neal Augenstein contributed to this report from Montgomery County.