The man accused of killing three people in a shooting spree in May is scheduled to go on trial in Montgomery County on April 3, 2017.
Listen now to WTOP News WTOP.com | Alexa | Google Home | WTOP App | 103.5 FM

WASHINGTON — The man accused of killing three people in a shooting spree in May is scheduled to go on trial in Montgomery County on April 3, 2017.

“This is a complicated case,” said Montgomery County State’s Attorney John McCarthy, who will take the role of lead prosecutor in the case.

Eulalio Tordil of Adelphi, Maryland, is accused of killing his estranged wife, Gladys, outside of a Prince George’s County school on May 5. Police say he then shot and killed two people during two carjacking attempts in Montgomery County the following day.

McCarthy said the case will involve multiple jurisdictions, multiple police agencies and thousands of pages of discovery. At a court hearing on Friday, September 2, Tordil waived his right to a speedy trial. This will allow both the prosecution and defense more time to prepare for the case.

McCarthy said from the beginning that the tenor of this case was not lost on him and pointed out the similarities in this case to what happened during the Beltway sniper investigations in 2002. In the Beltway case, one of the murder investigations took place in the same Montgomery County mall parking lot that Tordil’s carjacking attempts took place. In 2002, investigators, prosecutors and police searched for clues in a murder linked to the Beltway snipers John Allen Muhammad and Lee Boyd Malvo.

“We were literally in the same parking lot, in the same command center, doing very much the same kinds of things we did more than 10 years ago,” McCarthy said. He added that both cases also involved multiple shootings of innocent people around the county.

McCarthy said the jury will hear about a course of conduct concerning Tordil over two days, and a judge will have to decide how much the jury will be allowed to hear about what occurred in Prince George’s County.

This will be one of McCarthy’s first cases since being diagnosed with neck cancer in April of 2016.

McCarthy said it was a tough summer as he received cancer treatment and was forced to step away from the courthouse for a period of time.

He said his staff did an extraordinary job keeping cases moving forward, and were a source of support during the trying times.

McCarthy thanked the community for the words of support, cards and letters he received after his diagnosis, and during his treatment.

He said he is ready to lead the prosecution team when it comes to this high-profile case.

“By the time this thing comes around to trial, I will be absolutely 100-percent full strength,” McCarthy said. 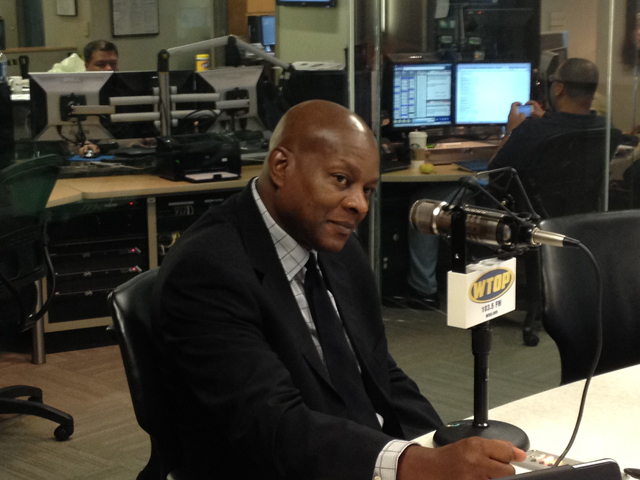 Beltway Snipers police chief: An eye for an eye