Montgomery County police are looking for the driver involved: They have an alert for a 1999 or 2000 Toyota or Honda four-door sedan that has significant damage on the front.
Listen now to WTOP News WTOP.com | Alexa | Google Home | WTOP App | 103.5 FM
(1/2) 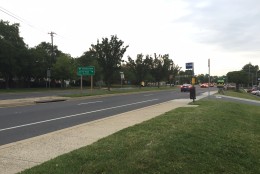 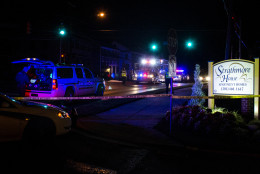 A pedestrian, identified as 77-year-old Julius Henry Newton of the Layhill area was struck in the area of Bel Pre and Homecrest roads at about 9:20 p.m. When emergency personnel arrived at the scene, they found Newtown dead in the roadway of the Homecrest Road intersection.

Initially, police officers and emergency personnel answered a call for a pedestrian hit in the 14400 block of Layhill Road. As they were trying to locate the accident, a second call came in for a pedestrian hit about a mile away at Bel Pre Road and Homecrest Road. Officers determined that the two calls were for the same collision, according to Montgomery County police.

Police report that Newton had been hit on Layhill Road and was carried by the vehicle that hit him for about one mile onto the Homecrest Road and Bel Pre Road intersection.

Detectives also believe that the driver may have believed that he or she struck an animal or some other object in the road. It was last seen just after 10 p.m. Thursday heading east on Bel Pre Road.

Anyone with information about this fatal, hit-and-run, pedestrian collision is urged to contact the Collision Reconstruction Unit at 240-773-6620.