Montgomery County plans to extend bus service west of Potomac to Tobytown, where many residents of the historic African American community don't own their own cars and rely on rides from friends or pay steep cab fares to get around.
Listen now to WTOP News WTOP.com | Alexa | Google Home | WTOP App | 103.5 FM
(1/3) 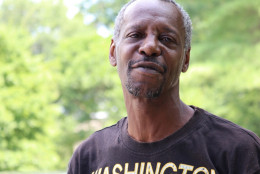 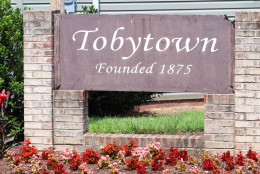 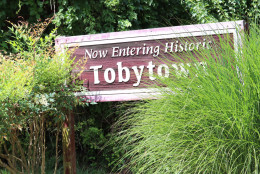 TOBYTOWN, Md. — Residents of a community founded by former slaves welcome plans to provide bus service to their Tobytown neighborhood along River Road.

Montgomery County’s Department of Transportation plans to launch a one-year pilot project that will extend bus service to the historic African-American community at the intersection of Pennyfield Lock Road and River Road in Potomac.

Randy Davis, a lifelong resident of Tobytown, said he’d welcome the bus service, citing the fact that many residents don’t have cars or belong to single-car families, and the nearest Ride On bus stop is 3 miles away.

Davis, who is 53, said the county experimented with a shuttle bus service years ago.

“That never worked out. It wouldn’t come on time, it didn’t have a direct route, and it was just confusing.”

Davis said reliable transportation could be a game-changer for the neighborhood. He was giving a ride to a neighbor — who didn’t want to give her name to a reporter — but explained she struggled to find regular transportation to her job at a grocery store.

A cab driver who was on his way to pick up a passenger in the Potomac enclave said he often receives calls from workers at area stables — men who travel from as far as Virginia to perform the manual labor on the horse farms and who could benefit from the Ride On service with fares of $1.75.

While Tobytown residents say they’d like to see the Ride On bus come to their community, they do have concerns about where the stop would be located.

In an email, Esther Bowring, a spokesperson for the county’s transportation department, explained the closest stop to Tobytown would be at River Road and River’s Edge, about 800 feet from the entry to Tobytown.

One resident, an older woman who’s lived in the community for decades and declined to be named, said she does have concerns about waiting along that stretch of River Road.

“The cars start speeding down here from the Poolesville area at about 5 o’clock in the morning, and they speed,” she said, estimating that the cars go well in excess of the posted limit of 50 miles per hour.

Standing by the side of the road in the dark or in snowy weather gives her pause. She said a bus stop would have to include a buffer for pedestrians.

“I don’t think it’s safe. It wasn’t safe for the school buses, it’s not safe, period,” she said.

In an email to WTOP, transportation spokesperson Bowring wrote: “In prior meetings, the residents made it clear that they do not want the bus on their property and asked not to be treated differently from any other bus service. One of Ride On’s original budgets for this service assumed the bus would go into the development and included funds for the infrastructure improvements that would have been needed for bus stops within the community.”

A forum on the proposed bus route is scheduled for 6:30 p.m., July 28 at Travilah Elementary School, 13801 Dufief Mill Rd. in North Potomac.

The County Council approved $407,000 for the one-year pilot program, which could start Oct. 1.