Bryce Harper agrees to record deal with the Phillies

Bryce Harper has agreed to a 13-year, $330 million contract with the Philadelphia Phillies, the largest free agent contract in professional sports history in terms of years and total value, according to multiple reports.
(1/15) 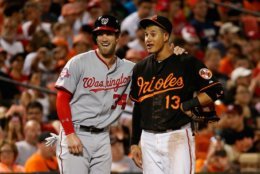 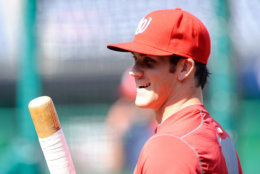 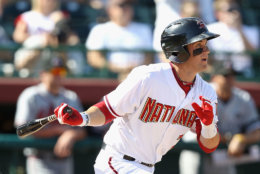 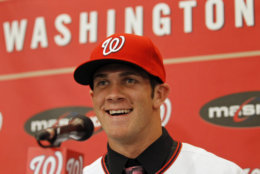 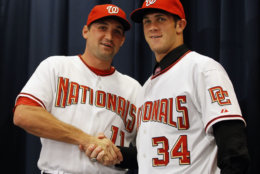 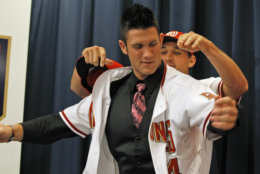 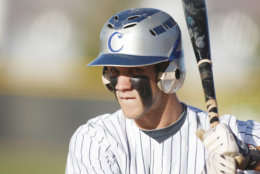 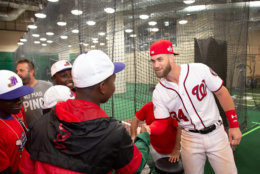 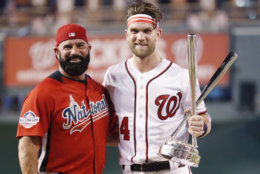 Harper’s deal, which reportedly includes a full no-trade clause and no opt-outs, is the largest free agent contract in professional sports history in terms of total value, surpassing Giancarlo Stanton’s 13-year, $325 million deal in 2014. The annual value of $25.4 million trails Manny Machado, who signed a 10-year, $300 million contract with the San Diego Padres last week, and Alex Rodriguez ($27.5 million in 2008) among non-pitchers.

The Nationals, for whom the 26-year-old former NL MVP was an All-Star in six of his seven seasons, reportedly offered Harper an extension late last season, which he declined, choosing to enter free agency. In addition to Philadelphia, the San Francisco Giants and Los Angeles Dodgers had also pursued Harper in recent weeks.

The Harper signing is the cherry on top of a busy offseason for the Phillies, now the favorite in the NL East after seven consecutive non-winning seasons. Philadelphia added outfielder Andrew McCutchen and reliever David Robertson in free agency, and traded for coveted catcher J.T. Realmuto and shortstop Jean Segura. Having played his entire career in the same division as the Phillies, Harper already knows their ballpark well.

Harper has a .564 slugging pct at Citizens Bank Park, the highest of any player with at least 200 plate appearances there. pic.twitter.com/duOowODGka

An up-and-down defender and an unusual mix of popular and polarizing, Harper is known for the occasional contretemps with opponents, one particular exchange with a reporter about a “clown question” and, most infamously, a dugout dustup in which he was choked by then-teammate Jonathan Papelbon during a game.

Washington took him with the No. 1 overall pick in the 2010 amateur draft and called him up to the majors less than two years later at age 19. He would go on to become the 2012 NL Rookie of the Year for a Nationals club that won its first division title and made its postseason debut.

Harper was also an integral part of the team that added NL East titles in 2014, 2016 and 2017 and never finished lower than second place in his seven seasons. Another key stat, though: The Nationals never won a playoff series in that span.

In what turned out to be his final hurrah in Washington, and Nationals Park hosting the 2018 All-Star Game, Harper stole the show the day before the Midsummer Classic by winning the Home Run Derby before an ecstatic crowd filled with folks wearing his No. 34 Nationals jersey. Harper wore a headband with the D.C. flag’s design, reflecting his oft-stated pride in playing for Washington.

Now, the Nationals look to rebound from a non-playoff, 82-80 season under rookie manager Dave Martinez with younger phenoms Juan Soto and Victor Robles in the outfield along with veteran Adam Eaton. Soto’s debut 2018 season yielded 70 RBI and 22 HRs along with a .292 batting average and .923 OPS; Robles has a .277 batting average and .843 OPS in 34 games the last two seasons.

download audio
'It's going to be tough' for Harper (MLB.com columnist Richard Justice with WTOP's Shawn Anderson and Hillary Howard)

In the area, baseball fans shared their views on the deal. Eric Carter, who lives in D.C. and is a life-long Phillies fan, said that he hopes Harper gets off to a fast start because “in Philly, it’s not going to go well for him if he starts a little slow, especially for that kind of money.”

Nats fan Deangelo Jackson expressed disappointment in the deal. “To get rid of your star player, your franchise play, that you put so much money into. For you not to go ahead and do what was necessary to keep him, kind of like a slap in his face,” he said.

But Jeff Beattie, of Old Town Alexandria, said that he hates to see Harper go but feels that the Nats will be fine without him. Analysis: What Bryce Harper’s deal could mean for the Nationals 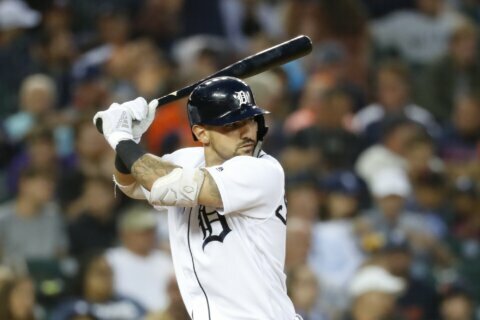