An iteration of this legislation passed the House and was voted out of the Senate Finance Committee last year, but it did not reach the Senate floor due to the abbreviated legislative session.

With an amendment from Del. Brian Crosby (D-St. Mary’s) that would allow orchard farmers to provide plastic bags to customers for its fruits and vegetables, the Plastic Bag Reduction Act, sponsored by Del. Brooke Lierman (D-Baltimore City) and Sen. Malcom Augustine (D-Prince George’s), moved out of the House Economic Matters committee 16-7 on Monday.

Some Republican lawmakers worried about a paper bag shortage and argued that the bill would increase costs for small businesses and transfer extra costs of paper bags onto customers. Although large retail stores could swallow the cost, smaller ones would have a more difficult time, they said.

“It puts the small guys, and the small business women, at yet another disadvantage to the Walmarts of the world,” Del. Mark Fisher (R-Calvert) told the House Economic Matters committee Monday. “For the small guys, it’s a big deal.”

But Del. Kathleen M. Dumais (D-Montgomery) contended that customers are already paying for bags now. Grocers would simply have to buy paper bags instead of plastic bags and that will similarly get incorporated into their cost of doing business, she said.

Stores have already been adapting to this change, as Montgomery County, Howard County, Baltimore City, Takoma Park, Chestertown and Westminster have all passed legislation that either prohibits the sale of plastic bags or requires stores to charge a fee for them.

“The biggest thing that we’re seeing is that people are bringing their own bags, or they’re just not taking a bag without thinking it through — if they can put it under their arm, they do that,” said Del. Courtney Watson (D-Howard). “This is an environmental initiative. Our businesses have been able to adjust in all areas of the county big and small. And I think it’s way, way past time to do this.”

However, Mayor Brandon Scott pushed off Baltimore City’s ban on single-use plastic ban to July because of the economic hardships that businesses were facing from the pandemic. It was originally supposed to go into effect this January.

Maryland generates almost 12 million tons of solid waste a year and about 13% come from plastics, including plastic bags, Lierman said in the bill hearing in January. And plastic bags are not accepted as recyclables by any county because they often clog up recycling machinery and create a safety hazard.

Since the pandemic and the rise of carry out from restaurants and grocery stores, there has been a 30% increase in plastic waste in 2020, Lierman said.

Plastic bags either end up in landfills, where they can take hundreds of years to degrade, or they float around, clogging up waterways, increasing litter and hurting wildlife.

Taxpayers are the ones stuck with the cost of cleaning up plastic bag litter, said Adam Ortiz, director of Montgomery County’s Department of Environmental Protection. Furthermore, plastic is a pollutant just like nitrogen or phosphorus is and “unlike other pollutants, we know exactly where [plastic bags] are coming from, and we can stop it,” he continued.

If retailers do not comply with Lierman’s bill, they would first receive a warning and then a fine of up to $500 for every sale involving plastic bags. However, counties would not be able to impose more than one penalty a week.

Stores could still charge a fee on paper bags under this measure, which would further incentivize people to change their habits and bring reusable bags to grocery and retail stores, lawmakers said.

Already, eight other states have banned the sale of plastic bags and Maryland could be the ninth under this measure. 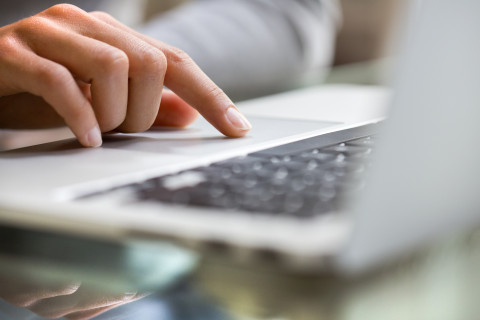