The family of Thomas Bloom Raskin, the late son of U.S. Rep. Jamie B. Raskin (D-Md.) and former U.S. deputy Treasury secretary Sarah Bloom Raskin, will hold a memorial service and celebration of his life on April 3.

“Sarah and I, Hannah and Hank and Tabitha, as well as our whole extended family, have been overwhelmed and moved beyond words by everyone’s beautiful messages of sympathy and condolence as we have grieved the loss of our beloved Tommy for the last three months,” Congressman Raskin wrote in an email to supporters this week. “We thank you for all the love, support and encouragement.”

Tommy Raskin was a law student at Harvard University when he died by suicide on Dec. 31. He was 25.

His family has been remarkably public with their grief and have channeled it into political and philanthropic action. They set up the Tommy Raskin Memorial Fund for People and Animals through the Greater Washington Community Foundation, and the congressman spoke about his son’s death when he prosecuted the House of Representatives’ impeachment case against President Donald Trump for inciting the riot at the U.S. Capitol on Jan. 6.

The congressman’s daughter Tabitha and son-in-law Hank accompanied him to the Capitol on Jan. 6 to watch the certification of the presidential election results and were terrified when they became swept up in the maelstrom. Tabitha Raskin told her father she did not want to ever return to the Capitol.

The celebration of Tommy Raskin’s life will take place on April 3 at 11 a.m. It will be aired on YouTube. The family said the memorial will allow family and friends to “celebrate his extraordinary life and remarkable passions.”

The National Suicide Prevention Lifeline is a hotline for those in crisis or those looking to help someone else: 1-800-273-8255. The Crisis Text Line offers emotional crisis support at 741741. 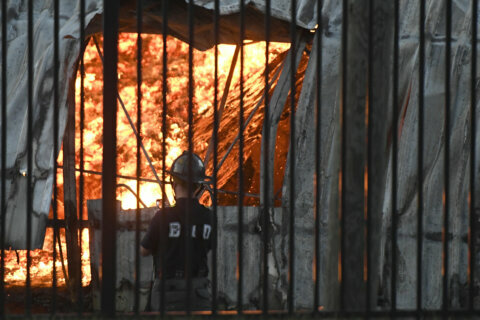