A Md. daughter’s struggle, a family’s loss and a dream realized 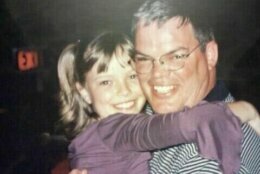 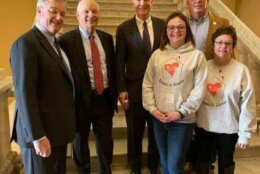 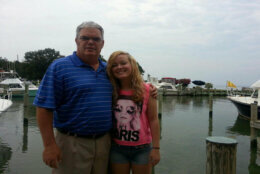 Brooke’s House, an outpatient residential treatment facility for women, was the dream of a young Maryland girl struggling with opioid addiction.

Recently, Brooke’s House was recognized by Maryland Comptroller Peter Franchot for the work being done to aid women in recovery.

Brooke Simmers was, according to her father, Kevin Simmers, “loud and obnoxious, always joking, sort of like her dad, sort of like me,” he said.

Kevin Simmers said he had an extraordinarily close relationship with his bubbly, athletic daughter. But things changed soon after she started high school.

“She started to withdraw from family, withdraw from any kind of athletics,” and the outgoing child was replaced by a distant, sometimes defiant, troubled teenager, he said.

Kevin Simmers, a retired narcotics officer with the Hagerstown Police Department, said his daughter’s addiction leapfrogged from alcohol to pills; and that even when substance abuse led her to steal to feed her habit, she was honest about her addiction.

Soon after she left home, she called her father to tell him she needed help.

“She said she was taking Percocet every day,” and the drugs “were really taking over her life. That’s all she thought about every day,” Kevin Simmers said.

There would be a series of efforts at recovery and relapses, and Brooke Simmers’ addiction led her to use heroin. At one point during a period when she seemed to be at a stable point in her recovery, Brooke Simmers told her father that one day she would establish a treatment facility for women just like her.

She envisioned it as a place that would provide a safe setting, where women could rebuild their lives.

He told her then that if she could maintain sobriety for a year, he would get her that house.

In April 2015, Brooke called her sponsor saying she had once again started using heroin. Her sponsor urged her to contact her parents. But according to Kevin Simmers, Brooke Simmers told her sponsor that she had disappointed her family enough and that she couldn’t go home.

She drove to a church parking lot and died of a heroin overdose in her car.

After her death, Kevin Simmers and his wife Dana decided to make her dream of creating a space where women could get treatment and a new start in life a reality.

For Kevin Simmers, the decision is also rooted in faith.

“My wife and I decided that we were going to fulfill Brooke’s dream and that we would fulfill our promise to her. That we would get her that house.”

The Simmers’ had a very clear vision of what they wanted Brooke’s House to look like. And they knew what they did not want.

Simmers recalled some of the facilities where Brooke had gone for treatment.

“They were all overcrowded; they all had bunk beds in the room; they had four people to a room; the houses were in disrepair; and often drug dealers would be waiting right outside the door,” waiting for residents in treatment to relapse, he said.

Thinking back to those settings, Kevin Simmers said, “I can’t tell you how it hurt my heart to drop Brooke off at these facilities and to think that she had an honest chance at recovery.”

He is adamant that the women who come to rebuild their lives are treated with dignity and respect. And he wants people to understand addiction as a disease.

So at Brooke’s House, which sits on 3 acres of land in Hagerstown, there’s a campus-like feel. There’s a clinical team on hand at the home, and programs that provide opportunities to develop job skills and provide a foundation for future work.

One of those is a chocolate-making enterprise. Kevin Simmers explained that while the residents can learn business skills, members of the community can contribute.

“There’s a lot of people of limited means who want to support our house,” he said, “and they can’t afford to write a check, but they can afford a $10 box of chocolates.”

The contributions from the community have come in a number of forms: with construction and landscaping firms pitching in to provide services.

Outside there’s a butterfly garden, a fire pit for outdoor meetings; and inside, there’s a beauty salon.

He said if women can look in the mirror and like what they see, that can be a powerful part of a new beginning.

The coronavirus pandemic has had an impact, Kevin Simmers said. Social distancing can exacerbate the isolation that people struggling with addiction may suffer, and it means many 12-step or other recovery meetings don’t take place in person.

“While Zoom is a great way to have a meeting, Zoom is not nearly as effective as in-person meetings would be,” he said.

Visits and tours are allowed, even encouraged.

“We didn’t want to be that place on the hill where the drug addicts live,” and Kevin Simmers said the connection with the community is important.

Many of the people who visit and donate have had some kind of connection to someone with substance abuse.

“I think at this point in society, we are all able to open our eyes enough to say that every family is affected by addiction in some form or fashion,” he said.

This month, Brooke’s House received the William Donald Schaefer Helping People Award in recognition of the work Kevin Simmers and his wife have done to help women.

The award was presented by Franchot and is named for former Maryland Gov. and Comptroller William Donald Schaefer, who was known for his mantra of, “Do It Now” in pushing government to come up with solutions to needs in the community.