Under a small Md. cabin, a possible piece of Underground Railroad history

For years, the small and unassuming cabin behind the oldest residence in Cambridge, Maryland, was only thought to have once been slave quarters, but there had been little hard evidence to support that theory.
Listen now to WTOP News WTOP.com | Alexa | Google Home | WTOP App | 103.5 FM
Courtesy Dorchester County
(1/6) 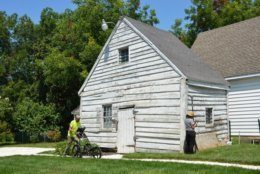 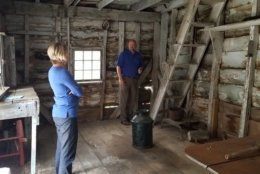 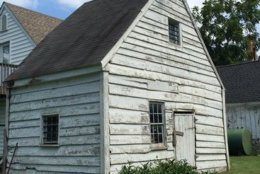 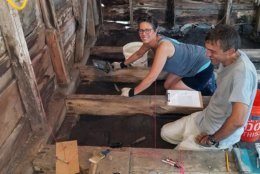 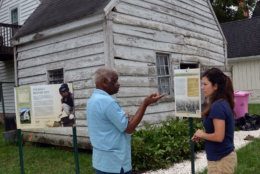 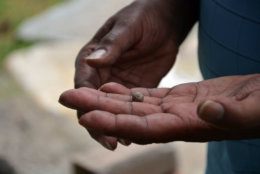 Share on Facebook. Share on Twitter. Share via email. Print.
For years, the small and unassuming cabin behind the oldest residence in Cambridge, Maryland, was thought to have once been slave quarters, but there had been little hard evidence to support that theory.

Archaeologists with the Maryland Department of Transportation State Highway Administration, working with Dorchester County, said in a statement that they recently found evidence that families had once lived in the cramped Bayly Cabin behind the Caile-Bayly House in Cambridge.

The team working to unearth the artifacts hope to find clues to the history of the enslaved African American families who had lived there, and their potential role in Harriet Tubman’s Underground Railroad, which is thought to have gone through the area.

Before the recent excavation, there had only been speculation that anyone had ever lived in the cabin. Then the archaeological team pried back the floorboards and uncovered a trove of artifacts hinting at the rich history of the structure.

“Each artifact has a story to tell. A porcelain doll head and a toy tea set, along with other personal items, tell us a family lived here, including a little girl,” said Maryland Department of Transportation State Highway Administration Chief Archaeologist Julie Schablitsky in the statement.

There is historical record of a couple, Lizzie and Nat Amby — who had been enslaved by the owner of the house, Dr. Alexander Bayly — using the Underground Railroad to escape to freedom in New York, according to MDOT.

However, the fates of others who were enslaved on the property are not as clear.

“We need to know what happened here, and how they lived,” said Cambridge community member Hershel Johnson. “So much of our history was never documented and the archaeology is a way to get back what was once lost. We must realize the importance of exploring this difficult history.”

Other items found inside the cabin include an 1885 Sanborn Insurance Map, broken teacups, chicken bones, crab claws and children’s toys.

Archaeologists hope to recover DNA from stems of tobacco pipes found on the property to find any living descendants of those who may have lived in the cabin or reveal their ancestry. 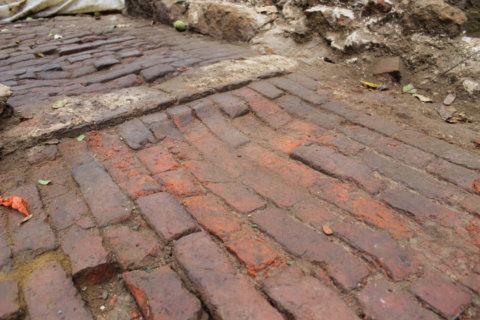 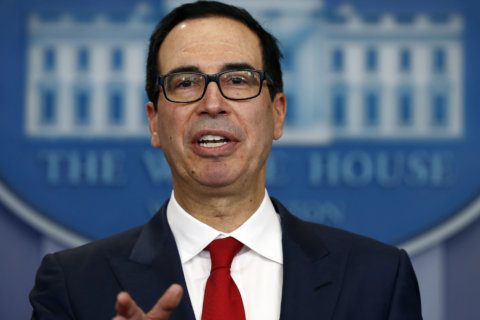