A clay tobacco pipe discovered in slave quarters of a Maryland plantation, and the DNA that was found on it, led to a scientific breakthrough. See photos of the plantation grounds and the pipe.
Listen now to WTOP News WTOP.com | Alexa | Google Home | WTOP App | 103.5 FM

The study of a 200-year-old clay tobacco pipe discovered in the slave quarters of an old Maryland plantation, has led to a scientific breakthrough.

The object was found at Belvoir, an 18th-century manor house off Generals Highway in Anne Arundel County, Maryland.

Scientists found human DNA on the pipe, and used it to determine that it was smoked by a woman. And although the DNA could not be linked to any living descendants, analysis did reveal something about the smoker’s ancestry.

“Using modern DNA databases, (it was) found that the person that smoked that particular tobacco pipe was most genetically similar to the Mende of Sierra Leone (in) West Africa,” said Dr. Julie Schablitsky, chief archaeologist with the Maryland Department of Transportation, State Highway Administration. “There was someone there of African ancestry — living there, working there — and she left a piece of herself behind for us to find.” 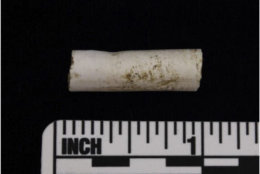 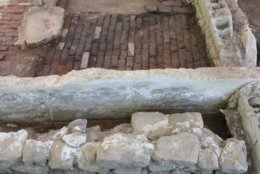 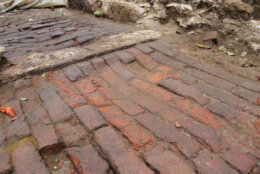 “What this new application does is it opens up a new door for archaeologists to use to try to get after questions of ancestry,” she said.

“Often times when you come to a plantation, you’ll have and you’ll find … archaeological ruins of tenant houses and you don’t know if the people who lived there were impoverished people of European descent, or were they French, were they German, were they of African descent. And to be able to begin to say with some certainty that someone of that ancestry lived there is going to be able to allow us to connect that space and that cultural material to broader questions of communities and ancestry and locations of people on the landscape.”

So why was a transportation agency’s archaeologist digging at a plantation in the first place?

“We’re looking at the site as part of a larger study along Generals Highway. Part of what we do is we try and look at transportation landscapes and try and understand how the archaeological and historical sites contributed to the development of our transportation systems over time,” Schablitsky said.

The excavations at Belvoir started in 2014, and descendants of slaves who once lived there have been involved in the process from the beginning.

Wanda Watts, of Baltimore City, is one of them.

“We have our third great-grandmother’s manumission papers, which are freedom papers. We have all the history about her and her children on the land. We found that all the men in our family were free, their wives were all slaves, and they had to buy their freedom,” Watts said.

DNA testing shows Watts’ family has little or no links to Sierra Leone. Instead, their ancestors came from the Togo-Benin area of West Africa. She and her family also have Irish and English DNA.

“At least we know that there were enslaved people there (at Belvoir), and we would hope that at some point they can actually trace the DNA back to someone who’s living,” she said.

The findings are published in the Journal of Archaeological Science.