Measles problem ‘getting worse’ but no evidence it’s spreading in Md.

The Maryland Department of Health said both cases involve people who reside in the same household, and that there's no evidence that the virus is spreading in Maryland.

The state of Maryland announced Wednesday that two cases of measles have been confirmed among residents this month.

The Maryland Department of Health says the second case involves someone who had household contact with the first case, and that there’s no evidence that the virus is spreading in Maryland. However, the news is getting particular attention in Baltimore’s Jewish community, which is offering guidance to families about how to proceed if you’re worried about that you or your child may have gotten the virus.

“This is almost completely related to the fact that there are certain pockets of communities that really under-vaccinate, that do not vaccinate their children, leading to the possibility that when someone comes in from another country or visits another country, gets infected and comes here, then you wind up having an outbreak.”

Fauci admits there are some valid reasons why a child wouldn’t be vaccinated, but argues those exemptions should be limited to those with a valid medical concern.

“Many of the other situations where they’re trying to exempt themselves are really philosophical,” said Fauci.

“Many of those reasons are completely without any valid data,” he added, noting that concerns about a link between vaccinations and autism have “been completely debunked, thoroughly, multiple times.”

Fauci said “herd immunity” is the reason why the virus was essentially eradicated in the United States before it began seeing a comeback in recent years, and the failure of some communities to keep up is allowing it to spread.

“When the protection in the community gets below a certain percentage of the people vaccinated — and for measles that’s somewhere between 93-and-95% — when you get below that protective level somewhere like in the 80s or even in the 70s where we’re seeing in some sections of New York City, then when measles is inserted in the community you get the kinds of outbreaks,” Fauci explained.

He says when measles is carried into a place where there is “herd immunity” against measles, “the virus has no place to go.” 2nd case of measles reported in Maryland, related to first Everything you need to know about the measles outbreak

Maryland confirms its first case of measles for 2019 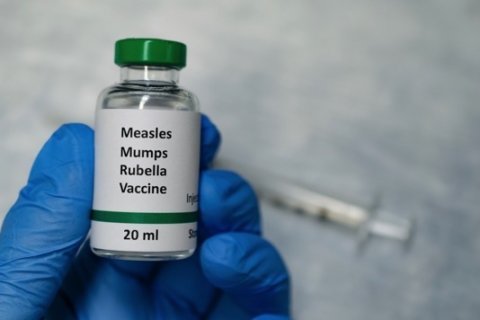