Despite current and planned improvements on one of the region's deadliest highways, Thursday's fatal crash continues to elicit debate about speed cameras along Md. 210.

WASHINGTON — Despite current and planned improvements on one of the region’s deadliest highways, Thursday’s fatal crash continues to elicit debate about speed cameras along Maryland Route 210.

Since a surge in patrol on Route 210 last fall, Maryland State Police, county police and a single speed camera that’s set up in a work zone have issued thousands of tickets. 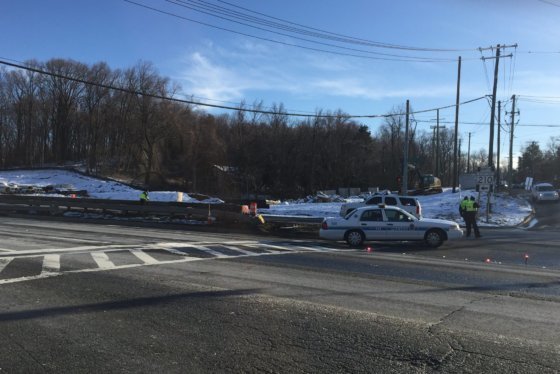 The fatal incident happened around 5:45 a.m. at the intersection of Md. 210 and Kerby Hill Road. Samira Jenkins, 24, was pronounced dead at the scene.

“It’s like the autobahn,” said Del. Tony Knotts, one of the three representatives in Maryland House District 26, through which Route 210 runs.

The entire Prince George’s County delegation supports Knotts and Del. Kris Valderrama in their efforts to put speed cameras along the road.

The unprecedented move has run into opposition in Annapolis, which traditionally has only allowed speed cameras to be placed in construction zones and near school zones, not high speed highways.

Earlier this week, before it could clear the House of Delegates, a bill that would allow speed cameras on Route 210 was amended to allow just a single camera placed in the southbound lanes at Old Fort Road.

The bill’s fate in the Senate is far from certain.

She said speed cameras are “not just what we want, but (what) the rest of the House of Delegates wants, or supports, I should say.”

She said an unnamed Charles County delegate tried to derail the bill amid concerns that it was “too close” to the county line, an idea that Valderrama dismissed.

If the bill does end up passing and becoming law, the money generated by the cameras would go to the Criminal Injuries Compensation Fund, something that would be unique to that particular camera.

The one camera that is set up now happens to be in a construction zone near Kerby Hill Road and so far it’s generated thousands of tickets since it was put up in November.

The work being done there will widen what is currently a nasty bottleneck. Eventually those who live there will also see overpasses for local traffic to drive over the highway and avoid crossing at dangerous intersections.

“What we’re trying to do hopefully with the overpass is to redirect slower traffic … and to allow traffic that’s traveling further south to continue,” Knotts said. “A lot of the problem that occurs on 210 is speed, and with speed and travel and congestion it just contributes to a lot of the problems out there.”

In addition, Maryland State Highway is reviewing the lighting along Route 210 with plans to brighten up intersections and stretches of road that need it, especially in areas where pedestrians try to cross.

Valderrama said that even with crosswalks there, Thursday’s fatal crash shows that crossing the highway presents an unavoidable risk for some people.

“We definitely have our challenges,” conceded Maj. James Keleti, the commander of the 7th Police District with Prince George’s County Police. “We know speed is an issue. We know people talking on their cellphones, using hand held devices is an issue.”

He said officers conducting traffic stops have been rear-ended by cars speeding down the road. He shared a story about an officer who clocked a car going 116 mph in a 55 mph zone during a traffic stop last October.

When the officer approached the vehicle, he saw a child sitting in the front passenger seat, not restrained by an approved car seat and a 6-month-old was in the rear seat, Keleti said.

“Everything is tied to the human factor,” Keleti argued. “Drivers and pedestrians, they have to take (personal) responsibility for their actions.”