Holidays: 'Enchant' shines with millions of lights in Nats Park | Where to see holiday lights | Send in photos of decorations | How to give greener this season
Home » Maryland News » Maryland poised to boost…

WASHINGTON — Maryland lawmakers have confirmed their intention to fully fund the state’s share of a Metro funding agreement between leaders from the state, Virginia and D.C.

The $500 million package would revitalize and maintain Metro through the DMV.

The big breakthrough on the agreement came earlier this month when Virginia lawmakers approved the commonwealth’s end of the $500 million deal, though the new dedicated source of funding was contingent on Maryland and D.C. also agreeing to fully fund their obligations.

That contingency is also included in the legislation being considered in Annapolis.

D.C. is expected to achieve that through a series of tax hikes later this year.

The original legislation calls for Maryland to dedicate $150 million from the so-called “transportation trust fund.”

However, the deal reached with D.C. and Virginia actually calls on Maryland to chip in $167 million. Senate President Mike Miller told Maryland Matters on Thursday that the Senate will boost the amount of funding to meet that requirement.

On Tuesday, a state Senate committee is scheduled to take up the bill that started in the house of delegates.

The expectation is that the full Senate will pass the legislation by the end of next week before sending it back to the house of delegates, which is already signaling its approval of the funding boost.

“We’ve got the money in our transportation trust fund,” Hogan told WTOP.

His spokesperson told Maryland Matters that the governor supports the increase coming from the state Senate.

However, that is still leading some lawmakers in Richmond and Annapolis to grouse about the amount of money being taken away from funding for road construction throughout each state.

“If [you] compare that to some of the other modes Maryland funds, that’s actually quite high. It’s more people than any of the individual MARC train lines. It’s actually more than MTA light rail. It’s almost the same as the Baltimore city subway,” he said. 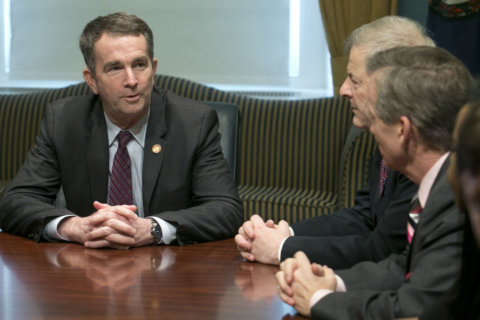