“The only worse thing than the bill on the governor’s desk would be if it wasn’t there," a Fairfax County supervisor said this week. “The funding mechanism — next to not having one — it’s about as bad as it could be.”
Listen now to WTOP News WTOP.com | Alexa | Google Home | WTOP App | 103.5 FM

WASHINGTON — Fairfax County supervisors slammed Virginia’s landmark Metro funding agreement Tuesday, as they prepared to join other Northern Virginia groups to plead with the governor to avoid taking as much of the $154 million per year out of existing regional transportation projects.

“The only worse thing than the bill on the governor’s desk would be if it wasn’t there,” Supervisor John Cook said. “The funding mechanism — next to not having one — it’s about as bad as it could be.”

The Board of Supervisors is set to send a letter to Virginia Gov. Ralph Northam, urging the use of more statewide funding or different regional funding sources than those included in the final bill passed by the General Assembly on March 10.

“If you had sat down in January and said, ‘Let’s write a bill that meets Metro’s needs but does it in the way that hurts local government in Northern Virginia the most and does the absolute minimum from the state,’ you would come up with something very similar to what’s on his desk now,” Cook said.

Northam said last week he would offer amendments to the bill to be considered at the General Assembly’s reconvened session on April 18, but Transportation Secretary Shannon Valentine said Tuesday that the details of those amendments are still being worked out.

“We’re putting together some recommendations on what amendments could be,” Valentine added.

The only tax increase in the bill sent to the governor is a new minimum on the regional gas tax that was passed as separate legislation, then redirected in the Metro funding bill. The bill also includes about $30 million in statewide funding, but the rest of the money in the bill would come from Northern Virginia taxes that are currently designated for other road or transit projects.

Other Northern Virginia groups are sending letters to Northam raising the same concerns as Fairfax County — that transportation funding for critical projects should not be an either-or decision, Commonwealth Transportation Board member Gary Garczynski said.

The bill would punch a hole in the Northern Virginia Transportation Authority’s plans for road and transit projects, Fairfax County Board of Supervisors Chairman Sharon Bulova said at the supervisors’ meeting Tuesday morning in Fairfax County.

“It’s critical that we try to get back as much — or redirect — as much revenue as we’re able to. Otherwise, the loss does slow down or change the stream of our being able to provide other transportation improvements,” she said.

That slowdown could delay or mean deferral of projects already in regional plans.

Since a study suggested Metro and VRE provide a $600 million boost to Virginia’s general fund, Supervisor Jeff McKay urged Northam to include more statewide funding for Metro to avoid the hit.

“The effect of such a large diversion of funds could be to fix one of our regional transportation agencies while adversely affecting another,” McKay said.

The Metro funding bill also provides VRE with $15 million in annual dedicated funding that could be used for either capital or operating expenses.

Fairfax County’s letter aims to thread the needle between support for the funding and a hard push for major changes to where the funding comes from.

“We have to sort of hold our noses and choke on ourselves as we have to say things that make it sound like we’re pleased with the bill that’s on the governor’s desk,” Cook said.

Only 80 percent or so of the money included in the bill as currently written would be bondable, which could pose a problem for some of the bonds Metro hoped to issue to finance major capital projects.

The $154 million per year is Virginia’s share of $500 million in dedicated capital funding requested by Metro for repairs and upgrades, based on a formula dating back to the start of the Metro system.

Virginia’s Office of the Attorney General advised that following the formula could protect against any lawsuits challenging Virginia tax dollars going to a service that crosses state lines, Valentine said. 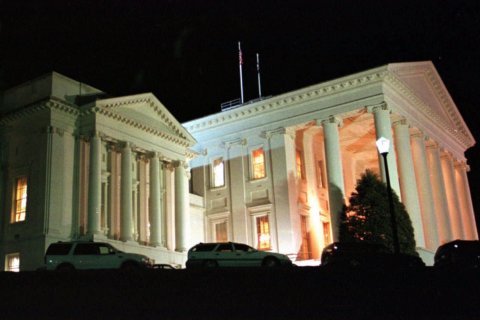 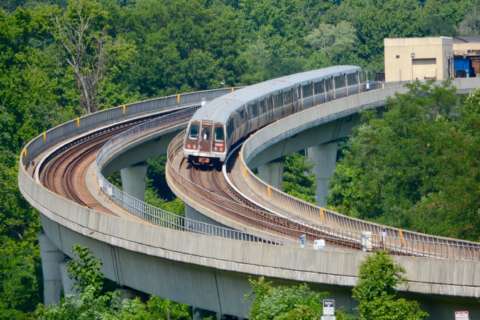 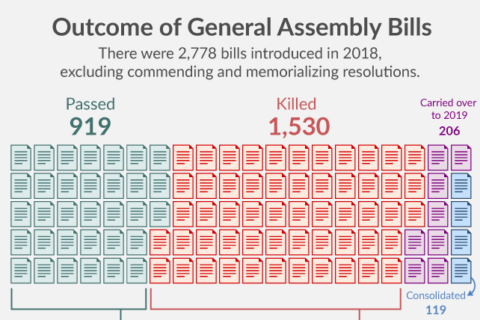