Running may be his metaphor for life, but the new MCM 50K isn’t the hardest challenge this Md. man has faced

Phil Pinti, who has always used running as a way to cope in times of hardship, is taking on the new Marine Corps Marathon 50K in memory of his wife.
Listen now to WTOP News WTOP.com | Alexa | Google Home | WTOP App | 103.5 FM
(1/5) 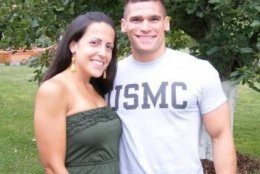 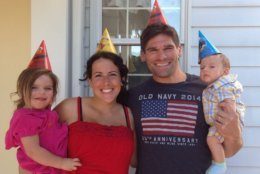 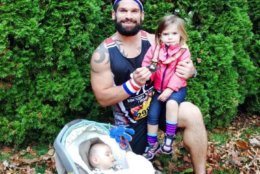 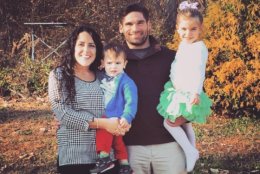 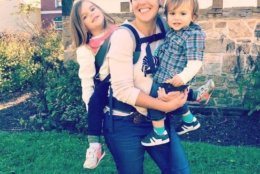 This month, WTOP is spotlighting participants in the 2019 Marine Corps Marathon events who are running with purpose and plan to finish with pride.

Phil Pinti of Ijamsville, Maryland, isn’t the kind of guy who sat around and watched a lot of Oprah Winfrey shows on television. But at the same time, what Oprah said around the time she famously ran the Marine Corps Marathon still stands out to him today.

“She finds running is one of the greatest metaphors for life,” recited Pinti, “because you get out of it what you put into it.”

Pinti loves to run. It’s what provides him catharsis and allows him to relieve the stress of everyday life. But when it comes to life, he knows — perhaps as well as anyone could — that there’s nothing guaranteed, except for the fact that you really can’t control everything that happens.

Even if you do everything right.

“You think you’re doing everything the way that you should be doing it and then something in life happens, a tragedy happens, and it kind of changes your whole paradigm,” said Pinti.

It was in the spring of 2016 that his 33-year-old wife, Jennifer Pinti, started feeling some pain in her hip. What she thought was a pulled muscle or something easily treatable just didn’t respond the way it should have. There was a visit to the doctor’s office, followed by subsequent visits after that, but the pain didn’t subside.

Finally she went for a full body cat scan.

“She was diagnosed June 1, 2016, with stage 4 metastatic lung cancer,” said Pinti. “That … uprooted a lot of things and obviously it changes your whole perspective on life and where you’re at. My heart just absolutely broke for my wife, and my family in that sense.”

Jennifer Pinti wasn’t a smoker. She was just unlucky. Her type of cancer was a rare type that came as a result of a genetic mutation.

She and Phil had a four-year-old daughter and a two-year-old son.

Jennifer wouldn’t live long enough to see even one last Christmas with them.

“My story is continuing her legacy in regards to being the best dad that I can be, or being present and being there for my children,” said Pinti. “I can’t speak for anyone but myself but I think sometimes in life we may be faced with something, and we say to ourselves ‘I don’t know how I’m going to get through this thing.’ For me, in this instance, June 1 getting the news, and then weathering the storm for six months, I had no idea how we were going to get through it.”

For Pinti’s kids, he thinks they were too young to remember the worst parts of watching cancer eat away at their mother.

“I think just her positive attitude and her smile and the consistent and never ending love that she provided to my children is what they’re going to remember.”

Naturally, this leads to the question of how has he gotten through the tragedy.

His answer, basically, is running.

“She saw that if I could exert myself physically, participate in sports, get to the gym, go for a run, clear my head, or something like that, even before her diagnosis, she realized that was what was something really special to me,” said Pinti. “Before her diagnosis, after her diagnosis, she just always pushed me to embrace the great unknown and to put myself in these potential difficult situations because she knew that I drew inspiration from finding a way to get through it.”

“So, for me, running or running the Marine Corps Marathon is just something that I’ve always done so she wanted me to continue doing that,” he said.

Pinti has run the full marathon the last five years, including the year that lung cancer was ravaging his entire family. This year, he’s running the inaugural 50K race.

“I never would have imagined that this would be what I was doing,” said Pinti. “And I don’t necessarily do it … for that purpose directly, but when I’m running, I feel a strong connection to my wife.”

Pinti says that the memories of his wife are going to be what keeps him going during the long journey to the 50K finish line.

“Any time I get myself prepared for this race I just know that she’s looking down and she realizes what it means to me,” said Pinti. “This year of course is the inaugural Marine Corps Marathon 50K … If the Marine Corps … is going to offer the challenge to up the distance from 26.2 to approximately 31 and some change miles, I thought it was just the natural course of progression.” 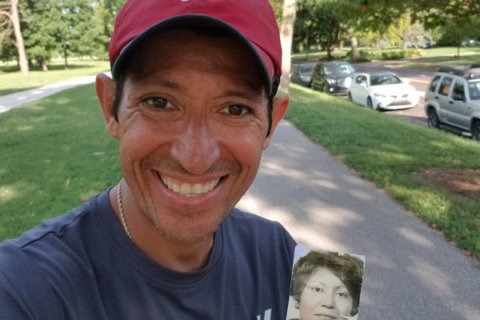