A leading voice in the #MeToo movement, Rose McGowan will enter a "no contest"' plea to a reduced charge after her arrest for felony cocaine possession. A plane-cleaning crew allegedly found McGowan's wallet, which contained cocaine, under her seat after a 2017 flight.
Listen now to WTOP News WTOP.com | Alexa | Google Home | WTOP App | 103.5 FM

WASHINGTON — WTOP has learned actress and activist Rose McGowan will plead “no contest” in Loudoun County Circuit Court to a reduced drug possession charge, avoid jail time, and pay a fine, after her arrest for felony cocaine possession. Photographs in a prosecution motion depicts evidence that could be used in activist and actress Rose McGowan’s upcoming cocaine possession trial in Virginia.

According to McGowan’s attorney Jim Hundley: “The commonwealth has agreed to reduce the current felony charge to a misdemeanor of possession of a controlled substance. Ms. McGowan will enter a plea of no contest to the reduced charge when she appears in court on January 15, and the commonwealth will recommend a sentence that requires Ms. McGowan to pay a fine.”

Charging documents allege a plane-cleaning crew found McGowan’s wallet, which contained cocaine, under her seat after she got off a United flight from Los Angeles to Dulles International Airport on Jan. 20, 2017.

McGowan was one of the first women to accuse movie mogul Harvey Weinstein of sexually assaulting her.

Since her arrest in November 2017, McGowan and her attorneys — in interviews and court filings — have claimed the drug was planted, perhaps by someone working for Weinstein. McGowan’s attorneys have offered no independent proof of any involvement by Weinstein.

Weinstein has been accused of sexual improprieties by 80 women. He is charged in New York City with sexually assaulting two women but has denied the allegations, saying all of his relationships have been consensual.

The statutory maximum for cocaine possession in Virginia is 10 years in prison.

In a “no contest” plea, the defendant neither disputes nor admits to committing a crime. The Latin phrase, nolo contendere, means “I do not wish to contend.”

After the plea, court records will indicate a conviction.

“Ms. McGowan has accepted this agreement in order to spare her family, her friends and her supporters the emotional strain of a criminal trial,” said Hundley, who represents McGowan with Jose Baez.

McGowan is a leading voice in the #MeToo movement. Her attorneys had argued in court that she was being targeted for prosecution because of her fame.

Prosecutors have maintained that McGowan was not being singled out because of her fame.

“The agreement brings this ordeal to an end and allows her to focus all of her energy on what matters most to her — creating a better world,” said Hundley, saying McGowan will comment on the day of the plea.

Reached by WTOP, Ebert confirmed an agreement had been reached: “I anticipate a guilty plea, and she’s being treated just like anyone else.” 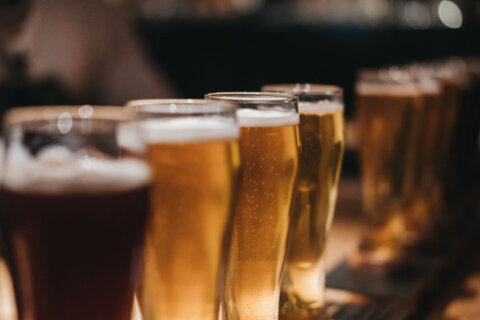