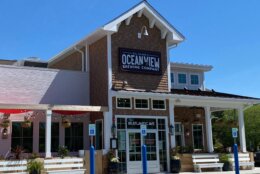 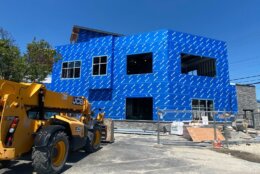 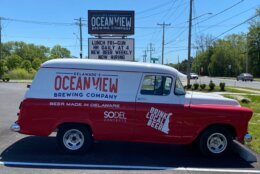 A nice cold beer can be a great way to cap off a hot summer day at the beach. But while the Lewes, Rehoboth and Dewey beach areas all have lots of craft beer breweries to visit, vacationers in Bethany or Fenwick always had to go north of the Indian River Inlet. But not anymore.

“We’ve already won a couple of awards for our beer,” said Scott Kammerer, the president and CEO of SoDel Concepts, which runs several restaurants around southern Delaware as well as Thompson Island Brewery in Rehoboth Beach.

“You’re always worried when you open a place … how people will like it and how they’ll respond,” Kammerer said. “Restaurateurs are pretty sensitive by nature.”

On opening day, he said, “I was in the parking lot and two hours before we opened a line formed for people to come in.”

With a deep roster of restaurants stretching from Lewes to Fenwick, Kammerer lets each chef put their own spin on the menu. The menu at a Matt’s Fishcamp in Lewes, for example, might not the same as a Matt’s in Fenwick Island. That same sort of creativity has shown up here, too.

“I want to say [they] made a greatest hits menu,” said Kammerer. “They really have some interesting stuff that you wouldn’t normally see in your run-of-the-mill brew pub. This is almost like a restaurant and a brewing team that are collaborating together to make the best possible products they can make.”

The signature beers are a kolsch-style lager and an IPA. The lighter beers sound like what you’d order at the beach, but some of the other styles borrow from the restaurant industry. Rattling off names such as Yes Chef and In The Weeds, Kammerer said, “restaurant terminology is like its own language. A subgroup of people that work in restaurants have their own way of talking and dialect, so I think that’s been interesting.”

He said the beer they serve matches that sort of creativity: “People will be surprised at the width and breadth of the ability of the brewers here. They can go a lot of different directions. They’re not just making light beers; they’re making double IPAs; they’re making some interesting beers that are a little outside the realm of what you would maybe expect at a place like this.”

He added that the head chef is even collaborating with the brewers on a beer.

So far, most of the customers who have visited so far have come from west of their location in Ocean View — generally local residents, not tourists. And sometimes there’s a long wait for a seat.

“Breweries have kind of become like the community centers for a lot of places, where people can really come and it’s more than just a restaurant,” said Kammerer.

Even with ample seating inside, and more room to eat and drink outside, including an outdoor fireplace, he said, some customers have waited for more than an hour to sit down.

Luckily, you can take beer to go either in prepackaged cans or in crowlers, if you wanted to sample something right from the tap.

“We’re going to have 14 beers on tap, and I think we can have as many as 16,” said Kammerer. “It’s a good opportunity to explore kind of culturally what the locals are doing.”

For now, Ocean View Brewing Co. is the southernmost brewery in Delaware, and if you’re staying in Ocean City, your only choice is to drive there or brave the traffic along U.S. Route 50 and visit Sinepuxent Brewing Co., which is on the way to Assateague Island State Park. But soon, that will change.

Backshore Brewing Co., which was on 10th Street and the Boardwalk in Ocean City for about a decade, closed last November. Head brewer Nathan Todd didn’t own Backshore and didn’t have much say in the matter, and it didn’t take long for other breweries to reach out to him about relocating. But he and his wife own a home in Ocean Pines, and a new opportunity to start his own brewery in town came about soon after.

When construction of the new Embers on 24th Street and Coastal Highway finishes this summer (bad weather and a shortage of materials slowed construction), Todd will be able to open up his new place, The Other One Brewing Co. He got the name from a song by the Grateful Dead (his favorite band), and from his experiences visiting breweries around the country.

He’d have plans to visit a popular, trendy one, “but it was always those smaller microbreweries that we would come across that nobody was really taking about that were some of the best times we had, some of the best beers we had. For me it was always, ‘We’ve got to check out the other one.'”

Todd said that anyone asking about breweries in Ocean City would be told, “Go to Berlin and go to Burley Oak, or they would tell you go to Salisbury to go to Evolution, or go up to Dewey and go to Dewey Beer, or go to Rehoboth to go to Dogfish. Backshore was sitting right there on the boardwalk! So I would always joke that we were the other one.”

“We’re always the other one. And hopefully we’ll be the one at some point,” said Todd.

With the closing of Backshore, he may have lost his view of the ocean, but the spot on the boardwalk was also limited in size and if the weather was bad, customers weren’t going to come.

Now he’ll have enough room to both brew beer and serve customers at the same time, with plenty of free parking, indoor seating, more taps, and a view of the sun setting over the Isle of Wight Bay every night.

He’ll also have people coming to eat at Blu Crab House, as well as the Embers when it reopens again. And they’ll be able to order a beer from the brewery and take it to dinner.

Todd plans to bring some of the beers he made at Backshore, while also tweaking some other recipes too. Regardless, you can expect plenty of lighter beers that match the warm weather, though if someone prefers porters or stouts, they won’t be disappointed either.

“I’m going to have eight taps and you’re never going to come in here and see three or four IPAs on tap,” said Todd. “You’re going to see a wide variety of mixed styles.”

Since he arrived in Ocean City, Todd said, he’s gone from seeing every bar sell the same cheap, mass-produced suds to selling different beers made within an hour’s drive, if not closer. It’s not lost on him that there’s no other brewery in town either, and that’s why he’s confident this will work.

“This is a passion project for me,” said Todd. “This has been my dream for 20 years, working in a brewery. I got lucky to do what I did on the boardwalk for the last 9, 10 years, and I’m not stopping. … This is what I love to do, and this is what I love to share with people. You’re going to have that same feeling when you come to The Other One that you had at the last spot: friendly atmosphere, great jam music, great beer, and just a good time.