2 teens arrested in Prince George’s Co. for carjacking, theft of 2 dogs in DC

A partnership between police in D.C. and Prince George's County led to the arrest of two teenagers in connection to a carjacking and a robbery.
Listen now to WTOP News WTOP.com | Alexa | Google Home | WTOP App | 103.5 FM

A partnership between police in D.C. and Prince George’s County, Maryland led to the arrest of two teenagers in connection to a carjacking and a robbery.

The two 15-year-old boys were arrested in Prince George’s County Wednesday and are awaiting charges in D.C.

The teens approached a person on 12th Street near the U Street Metro Station around 12:20 p.m., according to police

Jennette Einglis of Staunton, Virginia, told news partners NBC Washington she was visiting the District when the two teenagers attacked her and took her car keys.

People came out of their homes and attempted to stop them before driving off with her two dogs inside the vehicle, she said.

“It was unbelievable,” Einglis said.

The stolen car and the dogs, Sophie and Lily, were “safely recovered” in Prince George’s County, police said.

It is the most recent robbery case involving dogs being taken in the District.

On April 14, two dogs were taken in a string of robberies and an assault. A day later, one of the dogs, Pablo, an Australian shepherd dog, was found in Northeast.

Despite seven people being arrested for the theft, four were released without any charges, and the second dog, a French bulldog named Bruno, has yet to be found.

A map of where the carjacking took place is below. 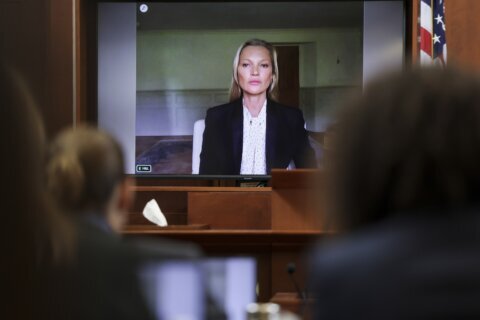