Meteorologist Doug Hill, a fixture for more than 3 decades in DC area, dies 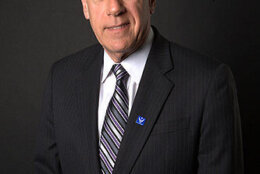 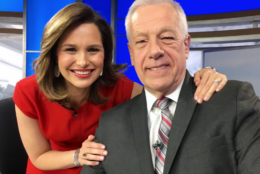 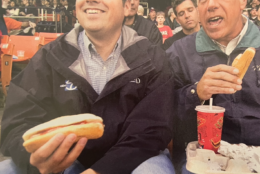 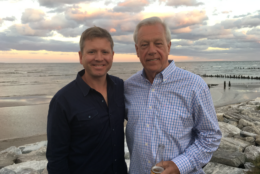 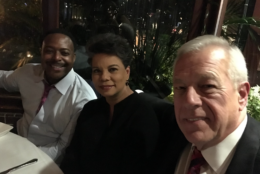 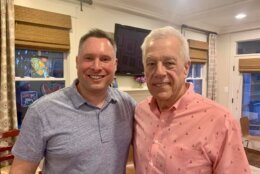 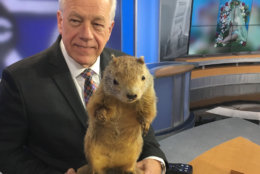 Present and former colleagues on Tuesday remembered Doug Hill, who died Monday after having been a meteorologist in the D.C. area for more than 30 years.

Hill spent more than 17 years at WJLA and more than 15 years on WTOP before retiring to North Carolina with his wife, Mary Ann, in 2017. He spent 16 years before that at WUSA.

His good friend, WJLA meteorologist Steve Rudin, told WTOP that Hill was a fiercely private person, was “living his best life” and passed after a short illness.

Just before 12:30 p.m. Tuesday, Rudin on the air called Hill “a former colleague, mentor and friend” and described him as “the best of the best – one of the most popular and familiar faces on local television.”

Rudin added that “Doug lived modestly [and] donated generously, especially to causes to end food insecurity. He adored his family. … May his memory be a blessing.”

Storm Team 4 meteorologist Lauryn Ricketts also watched Hill as a kid, and she said on Tuesday “Doug Hill has been a part of my life from the very beginning, whether he knows that or not — although I reminded him several times when I worked with him over six years.”

Ricketts recounted a story of Hill’s leadership that had nothing to do with the weather: She was working at WJLA during “my first deployment as a military girlfriend,” and told Hill that “my boyfriend at the time, now my husband, had just gotten back from the first deployment that we spent apart together.”

“And I was telling Doug, and Doug was like, ‘You should leave work right now and go down to North Carolina and surprise him when he gets home.’ And I still had two days of work left, including that full day. And Doug was in the military — I mean, he got his training in the Air Force. So he knew, and I was so grateful for that. And it almost makes me tear up when I think about it, because he didn’t have to do that. But he was just such a good leader and just such a good mentor. And I loved him for it.”

Leon Harris, an anchor at NBC Washington who spent 13 years at WJLA with Hill, said on Tuesday that getting the news about Hill was “a punch in the stomach.”

He described the weatherman as a man of family and faith who acted as “a patriarch” to the rest of the WJLA weather team. “He treated everybody who worked with him like they were his child, like they were his family,” Harris said. “He was just that kind of guy.”

Harris added that Hill loved a “healthy debate” about politics, sports or whatever: “He would argue with me about anything.”

He remembered that people would follow Hill from one station to another. “It wasn’t the station; it was the guy,” Harris said.

Hill didn’t just give the weather on WTOP for 15 years, Harris said – he was instrumental in developing a partnership between the two stations.

“The connection that you have with listeners is a really, really intimate connection,” Harris said. “And he liked being part of that. … It was something that was really, really key to him, was trying to find a way to connect with the people who listen. And he wanted to deliver for them every single day.”

Retired WJLA anchor Gordon Peterson said Hill was “serious about his work, but he had a delightful sense of humor.”

Longtime NBC Washington meteorologist Bob Ryan was a competitor and a colleague of Hill’s for 40 years, and on Tuesday he said, “Doug was passionate about getting people prepared for even average weather, but especially when any weather was dangerous, he was at the top of his game.”

Ryan said Hill was a family man and a man of faith, and called him “a person we all should think about, pray for and try to emulate better.”

Hill was an Air Force veteran and a Prince George’s County, Maryland, police officer before becoming a broadcaster. He began his TV career in Richmond in 1978, with a stint in Detroit in the 1980s before coming back to D.C. in 1984, WJLA said on the occasion of his retirement.

He retired in order to spend more time with his family and on his church, WJLA said at the time.

Hill told the station at his retirement, “I’ve been very fortunate to make a career out of a childhood hobby. I love what I’ve been able to do here at ABC7 and I love the people I’ve worked with over the years.”

He added, “I’ve been given a great platform to use my talents in meteorology; now, I’m going to dedicate those gifts to Christian ministry and focus on my family. I’m looking forward to the next chapter in my life and am privileged to have ABC7’s full support.”

Hill is survived by his wife and four children.