Where to look for warning signs of drug use

A Maryland family that lost a beloved member to drug overdose shares advice on what parents and siblings can do to help those struggling with substance issues.
Listen now to WTOP News WTOP.com | Alexa | Google Home | WTOP App | 103.5 FM

Montgomery County, Maryland, experienced an increase in opioid overdoses in 2020, and a family that lost a beloved member has some advice on what parents and siblings can do to help someone struggling with substance issues.

Matthew Loudon’s family does not want his death to define who he was.

“Matthew was a good friend. We learned a lot about that at his funeral. He had seven or eight of his friends speak. And every last one of them said what a good friend he was to them. He saved some of their lives,” Deena Loudon said of her son.

But in November, she went downstairs to tell Matthew to turn off his alarm that was going off and instead found him and a friend.

“And I knew right away, because he had the classic symptoms of an overdose,” Deena Loudon said.

Matthew had struggled with substance use disorder for some five years on and off, but Deena Loudon said he seemed to be going on an upward trend, getting his real estate license and a great job.

“Matthew thought that he was purchasing Xanax. And it turned out to be 100% fentanyl — cut with a few other things, I believe Ritalin. And it took his life on Nov. 3,” she said.

In Montgomery County, the number of overdoses rose from 190 in 2019 to 261 in 2020 — a 37% change. This includes fatal and nonfatal overdoses of which police had been notified.

Year-to-date, the county is up 33% in fatal overdoses and 57% in nonfatal ones. Dinesh said the numbers will change once the 18 cases that are pending come back from the medical examiner’s office.

“When you think about those numbers, in terms of homicides or car crashes, we as a community, I think we would be up in arms, and we would be demanding something change and people change their behavior,” Patil said. 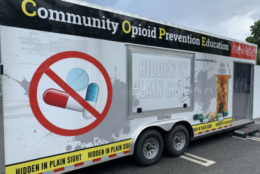 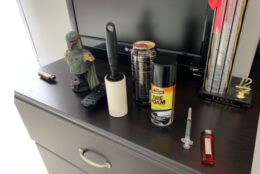 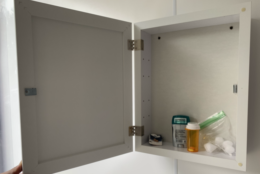 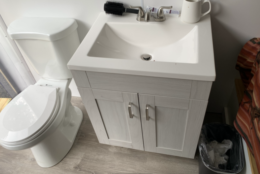 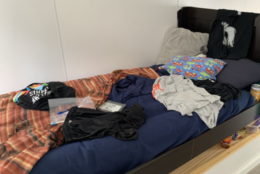 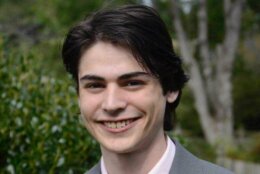 Go inside Montgomery County police’s Community Opioid Prevention Education, or COPE, trailer, and you’ll see a typical room. The trailer goes to public events where officers invite the community in and show people some warning signs of drug abuse.

“For every one hiding space we show you, there are dozens more,” the COPE website states.

“Needles, tops of needles, maybe bloody alcohol wipes, some Q-Tips or some cotton balls that are used to filter out heroin or fentanyl. Those are all serious indicators. Little baggies that have the tops ripped off or glassine bags that have had knots tied in them and tied up,” Johnson said.

Johnson and the Loudon family also warned that fentanyl poses serious danger to those helping someone in distress due to the drug. Fentanyl can be absorbed through the skin or by being inhaled, which has led to rescuers becoming ill.

A family friend, who had epilepsy, started having a seizure and then flatlined after she tried to help Mathew the day he was found. According to Deena Loudon the friend went into cardiac arrest after she picked up a pill to examine it and whatever it was got absorbed into her skin. First responders were able to save the woman with Narcan, Loudon said.

Look for physical changes in the person too, such as withdrawing from activities that they used to enjoy, a lack of cleanliness, and “just almost, like, giving up because my experience with this addiction is so strong, that it just overcomes all the other desires, and they’re almost helpless,” Johnson said.

Matthew Loudon had such physical changes as he struggled with substance use. His mother recalled that he had attitude changes: “I think they kind of stopped really caring about their hygiene so much. So those are just some of the big the big signs that I would say to look for.”

Loudon’s mother said she never thought this would happen to her family, and she has a message for those who think as she once did: Don’t be fooled.

Matthew’s sister Gillian echoed what her mother said and she said to keep an eye out for your siblings and your friends.

“It can happen to anyone, and just make sure you’re there for them … and let them know that you’re there,” Gillian Loudon said.