The body of a man who went missing after swimming in the Potomac River on Memorial Day was found by family members Friday.
Listen now to WTOP News WTOP.com | Alexa | Google Home | WTOP App | 103.5 FM

The body of a man who went missing after swimming in the Potomac River on Memorial Day was found by his family members Friday.

Police in Montgomery County, Maryland said that the remains of Franky Smith Gonzales Sapaico, 26, of Springfield, Virginia, were spotted by his family in the water near Scott’s Run around 5:20 p.m.

Sapaico was swimming in the river at around 8 p.m. Monday when he went under water and never came back up.

The area of the river between Carderock and the American Legion Bridge was the focus of an extensive three day search for Sapaico.

Fairfax and Montgomery counties’ emergency personnel began searching for him by boat within 30 minutes of his disappearance. U.S. Park Police scanned the target area by helicopter as well, though none of the authorities had luck locating him.

Below is the area where Sapaico’s body was found. 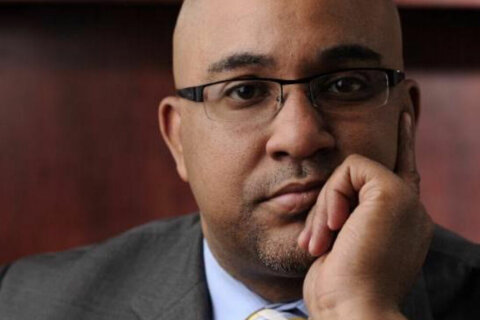