Last year saw the kind of attention, discussion and consciousness regarding race in America, and the D.C. area, that doesn’t come along very often. But how much momentum was there toward real change? And what can people do to maintain it?
Listen now to WTOP News WTOP.com | Alexa | Google Home | WTOP App | 103.5 FM

Last year saw the kind of attention, discussion and consciousness regarding race in America, and the D.C. area, that doesn’t come along very often.

But how much momentum was there toward real change? And what can people do to maintain it?

Two leaders in the D.C. Black community spoke with WTOP about what did and didn’t change in 2020, and how it affects what they, and everyone, can do in 2021 and beyond.

April Goggans, of Black Lives Matter DC, said, “I think the word ‘change’ is relative. Politicians kept saying, like, ‘the soul of America’ — I don’t think that the soul of America has changed. I think that we still are living in the vestiges of a country that was built off of white supremacy.”

Moves such as removing Confederate statues and the renaming of local schools are symbolic changes, she said. And while symbols are important, incidents such as the Jan. 6 Capitol riot indicate that some of the same impulses are alive and well.

Goggans pointed to legislative achievements such as the police budget and the reduction of the population at the D.C. Jail because of pandemic conditions as “real fundamental wins and changes” that “would not have passed had not 2020 been what it was in terms of racism, injustice, all these things.”

Still, she pointed out, “They weren’t nearly as radical as folks had started out acting like they were going to be.”

“That does not diminish the fact that we got wins. But in the end, what was it about the power that we were speaking truth to, that ultimately could co-opt a movement, saying all the right things, but then in practice … do so little, and still be perceived by the larger society as being more than it was?”

The other big development of 2020 — the COVID-19 pandemic — also illustrated inequities in American society, an observation shared by activists, politicians and average folks alike. The pandemic uncovered “manifestations of inequity in health due to white supremacy, inequity in jobs that didn’t require [a person] to be in the middle of a pandemic just to eat,” Goggans said.

It threw a lot of people into economic precarity, which Goggans said was a symbol.

“This moment of what folks might consider progressive change is going to end up showing the importance of this being a protracted struggle, of something that doesn’t end, that this is a way of life — not a new way of life. Because a lot of us have already been living this way.”

Asked what gives her hope for real change, Goggans pointed to the mutual aid groups that sprung up in the wake of the pandemic in all eight wards, meeting the needs of community members who “call in and ask for groceries or housing things or anything from baby diapers to adult diapers. … I make thousands of hygiene kits to give to folks. But the difference between us and charity is that … it’s not always money, it’s not always food, sometimes it’s a skill, it’s a different way of living.”

She said that for a lot of people, 2020 was the first time they’d ever been involved with issues of justice, whether they were on the streets or doing “some internal work, or work with their families. I think those are always things that we can build off of, because those are the kind of low-level, more rounded ways that systems and thinking and interaction actually changes. That is not top-down. It’s not just passing laws.”

Goggans singled out young activists who are already learning how to lead and organize: “There’s a definite shift in the way that the younger folks on the front line are taking it and running with it and being innovative and dedicated in the ways that we remember we were, but also realizing now is that it’s been six, seven years since the beginning of BLM, and realizing that we’re getting older …

“I can’t believe I’m saying that — you know, five or six years ago, that was me.”

Goggans said one of the biggest changes she saw last year was the redefinition of what’s possible, particularly in the context of pandemic aid.

“Any moment in time, when some big uprising, some kind of rebellion happens … there is always a space, where you realize that the impossible has been made possible.”

“These moments, whether they be disaster or emergency, these are the moments when the impossible becomes possible. … Oh, they can give people money when they lose jobs; they can extend unemployment. All the time that they tell us, ‘We can’t do that,’ for whatever reason, we know that they’re choosing not to and that they can.”

“There are two kinds of power in the United States,” said Rev. William Lamar, the pastor of the Metropolitan AME Church in downtown D.C. “Organized money and organized people. … What citizens have to do is stop being spectators, organize and demand the world that we wish to see.”

He said people shouldn’t get carried away by the changes wrought in 2020, but like Goggans, he sees achievements to build on.

“My parents were born in 1950,” said Lamar, a Georgia native. “Have there been some changes? Yes. Consequential in many ways, yes. But cosmetic? Yes.”

The election of Joe Biden as president and Kamala Harris, the first Black and female vice president, are important steps, he said, but “my jury is out until our politics changes, radically. Representation does matter. … But representation never matters as much to me as policy. I would prefer universal health care, universal basic income, universal housing, to representation.”

Incremental change is the way forward, Lamar said — as long as people don’t get satisfied with the increments and see them as steps along the way to something larger.

“You don’t get everything you want at the snap of a finger,” Lamar said, “but you are eternally vigilant toward getting the thing that benefits all human beings.” He cited the $1.9 trillion COVID-19 relief bill and said, “It’s not enough. But we celebrate getting that and we push for more. We celebrate what is incremental, but we never stay there.”

His current work involves organizing with other congregations to agitate for low-income housing, as well as more investment in Black-owned businesses and contractors by PEPCO, “who receives money from all of our citizens.”

They may seem like small changes, but they work bit by bit to overturn what Lamar calls “the politics of death,” in which profit, and the power to continue making profit, matter more than human beings. “I exist in the poetry of what’s possible,” Lamar said.

“I am organizing along with other human beings, who I believe are the majority in this nation who believe in the politics of a true multiracial, multicultural, multiethnic democracy which has never existed in the United States. It can come into existence, but only by the sweat of our brows of organizing and demanding it. Because if you get it, and you do not organize to keep it, those people who control our politics today will come back with a more brutal system.”

“I want to see policy that makes human flourishing possible, mandatory, the bedrock of our politics.” 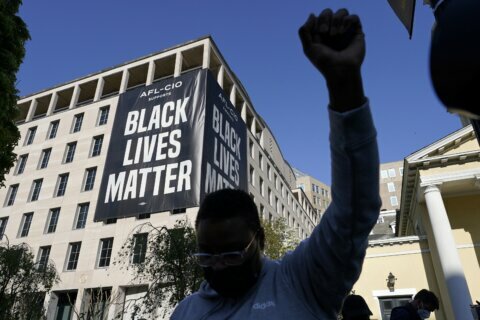 ‘A step towards delivering justice’: DC region reacts to verdict in Chauvin trial 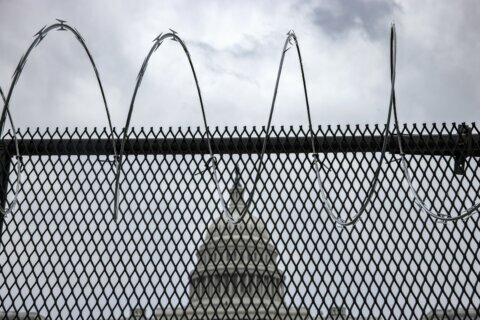