A Fort Washington, Maryland, man said he was racially profiled when the owner of a restaurant asked him to remove or turn his T-shirt inside out before entering. He said the yellow shirt with the words “I can’t breathe” on it is a reference to George Floyd’s killing.

Protesters said they will rally outside The Fish Market restaurant in Clinton, Maryland, until it changes ownership. The group, called We the People of P.G. County, posted videos on Facebook calling for others to join their action.

The protests come after Daryl Rollins, 43, said he was discriminated against by the restaurant owner on June 26.

“I went to The Fish Market to meet some friends, and as I was waiting outside in line to get in, the owner walked up to me and asked me, why did I have my shirt on, stating he’d seen the video, it was terrible, horrifying, why would I wear that shirt,” Rollins told WTOP.

Rick Giovannoni told him to turn the T-shirt inside out or take it off to enter, but then employees of the restaurant approached Rollins, telling him to come inside anyway, where his food and drinks were complimentary.

“I went in and sat down for a little while. Then, I stepped back outside. The owner was talking to some other patrons over there. And [he] was like, ‘I should go smack him with that shirt on,’ which was referring to me,” Rollins said.

He left at that point, but the following day met with the owner’s wife, Sherry Giovannoni, who apologized to Rollins in person and called the incident a misunderstanding on social media.

The Giovannonis have not responded to WTOP’s request for an interview.

Rollins said it didn’t make him feel anything after hearing her apology as she was not there at the time of the incident. 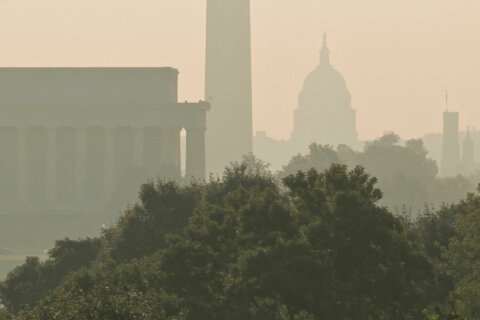