A recent spike in broken water mains has frustrated commuters and even upended water service around the region, but that doesn’t mean residents are seeing more than they usually do this time of year.

But that won’t make you feel better if your drive home is disrupted or you have to stock up on bottled water.

Blame it all on Mother Nature.

Last month, the area was still dealing with temperatures in the 70s, 80s and even 90s. Now it’s seeing overnight lows drop into the 20s.

The infrastructure that brings water from the Potomac River simply doesn’t react well to that sort of fluctuation.

“Our water mains are under quite a bit of pressure,” he said. “So there’s a lot of force behind them. So as things shift and move, sometimes we have main breaks, and they can create a bit of a mess for us.”

These are the days where that sort of thing happens.

Two thirds of all broken mains fixed by the Washington Suburban Sanitary Commission are repaired in November, December, January and February. WSSC serves 1.8 million customers in Montgomery and Prince George’s counties in Maryland.

Lyn Riggins, a WSSC spokeswoman, said crews fixed about 100 water mains around the region already. The average November has somewhere between 200 to 400 breaks.

Two recent breaks along Glebe Road in Virginia’s Arlington County attest to that.

“That’s simply because the river temperature drops and we have colder-than-normal water moving through our pipes,” she said.

While it’s easy to figure out when a pipe is probably going to burst, knowing where it’s going to do that is a lot trickier.

Regional water utilities have been targeting and replacing older pipes when they can, sometimes taking advantage of ongoing road construction projects to replace pipes when it’s more convenient than other times.

But sometimes, the weather has a way of striking at more inconvenient times, too.

“There’s no big magic board that lights up and tells us when a pipe is going to fail,” Riggins said.

“Our customers are our eyes and ears in the field. This time of year, it’s more important than ever. If you think there’s a water main break or a leak on your street … call us and report it as soon as possible, because the sooner we know about it, the sooner we can get it fixed for you.” 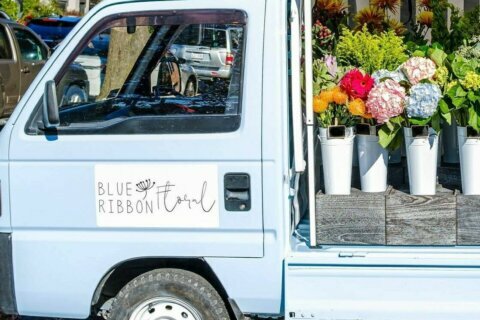