FIRST ON WTOP: Suspected ‘Potomac River Rapist’ arrested for attacks in the 1990s

The man known as the “Potomac River Rapist” is in police custody after nearly 30 years on the run, police said Thursday.

Giles Warrick, 60, of Conway, South Carolina, was arrested Tuesday and charged in connection with a series of attacks that began in 1991, and seemingly culminated with the rape and murder of a woman in Georgetown in 1998, WTOP has learned.

Warrick is being held without bond in a Horry County, South Carolina, jail pending extradition.

The FBI and police in Montgomery County and D.C. have linked 10 attacks in the 1990s to the same person — but, until recently, authorities were stymied in their investigation.

On Thursday, Montgomery County police Chief Marcus Jones credited the arrest to evidence gathered through the relatively new field of genetic genealogy, which allowed investigators to compare the DNA profile of the attacker with profiles in publicly available databases.

That gave them the opportunity to identify possible relatives of the attacker, then “speak with different family members to see if we could find individuals who lived in the [D.C. and Montgomery County] area to see whether we had any possible suspects with linkages,” Jones said.

He credited his department’s cold-case unit, as well as Officer Steven Smugeresky, with the legwork required. Reston, Virginia-based Parabon was also involved in helping police track down information.

Jones added, “This has been really an opportunity for us to be able to solve these heinous crimes, and for our community to feel much safer, and to bring some comfort.”

D.C. police Chief Peter Newsham said, “I can’t begin to imagine what the families have suffered over the last 29 years.”

Warrick will be charged first in D.C. “The process will play out here in the District first,” Newsham said, before the Montgomery County process will begin.

Eight attacks in Montgomery County between 1991 and 1997 are linked to Warrick; all involved the suspect stalking his victims and attacking them inside a home.

Seven of those eight attacks happened along the Interstate 270 corridor, stretching from Bethesda to Germantown.

Police in D.C. said the same man is responsible for two attacks there, too, including the rape and murder of Christine Mirzayan, a 29-year-old intern at the National Academy of Sciences, in 1998.

A witness who saw the suspect leaving a wooded area along Canal Road minutes after the attack was able to provide police with the information needed for a composite sketch, but from that point on, the investigation stalled.

In 2012, D.C. police used DNA to link a 1996 attack in the Palisades neighborhood to the man, who by then was known as the Potomac River Rapist.

Jones added that Warrick moved to South Carolina only relatively recently, and lived in the D.C. area for most of the time since the attacks. He had a landscaping company during part of the time the attacks happened, and also worked as a contractor for a local utility company, Jones said.

“He had the ability to move around a lot,” Jones said.

In both D.C. cases, the victims were attacked while walking on the sidewalk on a Saturday night, dragged into some nearby woods and raped.

“It does appear that his attacks got progressively more violent,” Newsham said, “and that’s a pattern we see with sexual predators.”

Jones said they’re asking anyone who was in the area since 1991 who “may not have reported any sexual assault or anything, might involve this individual, based on the photograph, we want to take a look at that. … We are not saying that we think that these are the only events [he] may have been involved in.” 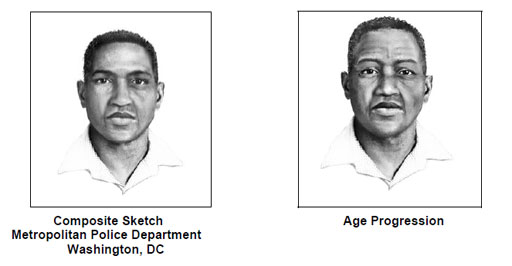