After 25 years, ADA benefits more people than you think 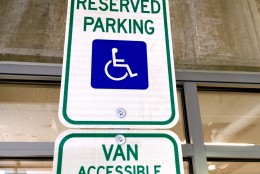 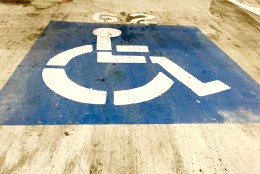 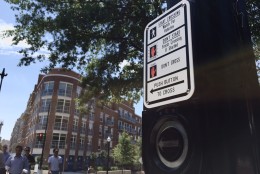 WASHINGTON — It’s been 25 years since the Americans with Disabilities Act was passed, and supporters say the general public has benefited from its enactment.

Acting Administrator for the Federal Transit Administration Therese McMillan spoke at a celebration of the passage of the ADA in Montgomery County and said, “The same accommodations that make it easier for people with disabilities to board a bus, cross the street, or enter a building help everyone from time to time.”

Montgomery County Ike Leggett took the opportunity to point out that the county had wrapped up most of its work to upgrade bus stops, including features like “knee walls” that help prevent rolling of wheelchairs at stops along hilly roadways.

Leggett says 16,000 county residents use wheelchairs to get around, and making sure that transit can accommodate them is a direct result of the work on the behalf of the disabled 25 years ago.

David Sharp, Chair of Maryland’s Statewide Independent Living Council says the county’s Ride-On buses are a vital part of his life. He prefers Ride-On to Metro Access, because he says they run frequently  and eliminate the need to book a trip 24 hours in advance —  a requirement of the Metro Access program.

But Sharp says there’s room for improvement in the county’s infrastructure. He says at some bus stops, the sidewalks or islands where he is dropped off lack curb cuts that  make it impossible for him to get to a sidewalk without the danger of tipping over.

And he says some sidewalks have utility poles planted dead-center in the middle, making it impossible for him to get his wheelchair past. In cases like that, Sharp says,  “I have to admit, I ride my chair in the street, even though it’s not advisable … I take calculated risks like that.”

Still overall, he gives the county’s transit accessibility a score of 8 out of 10.