Coronavirus News: Fairfax Co. votes to increase substitute teacher pay | Is it time to get a COVID-19 booster? Which one? | Local cases of COVID-19 | How many in DC region are vaccinated?
Home » Howard County, MD News » Man wanted for murders…

The Maryland man wanted for two killings in Ellicott City and a third in Cumberland has been arrested in West Virginia, Howard County police said Friday.

Jeffrey Allen Burnham, 46, of Cumberland, has been arrested for the murder of his brother, Brian Robinette, 58, and sister-in-law Kelly Sue Robinette, 57, in Ellicott City Thursday, a news release said.

Police said Burnham was spotted around 9 a.m. Friday on the side of a road in Davis, West Virginia, with the 2007 red Corvette that police said he stole from his brother’s home after the murder.

It’s not clear why Burnham had pulled off the road.

Howard County police said that West Virginia State Police found a gun in the car. He was taken into custody without incident, police said.

Howard County police said he was arrested for the Ellicott City homicides and is awaiting extradition to Maryland.

In addition to the Robinettes, Burnham is suspected in the killing of 83-year-old Rebecca Reynolds, who was found in her Cumberland home Wednesday night.

Police said Burnham will be charged with the Cumberland homicide.

Reynolds’ 2020 Lincoln, which had been stolen from her Allegany County home was found near Kerger Road in Ellicott City. The Robinettes live on the road.

Police on Thursday had asked for the public’s help in finding Burnham, saying the three victims were “targeted and known to the suspect.” Police warned that Burnham was armed and dangerous.

Detectives are still investigating what prompted the killings. 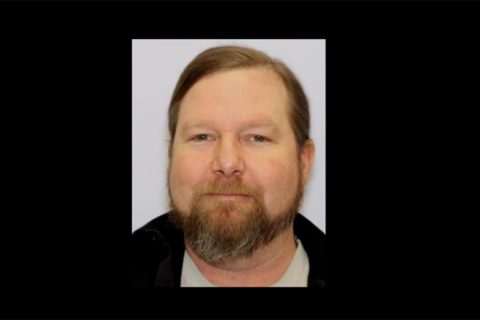