The 26,000-square-foot, multiuse Bailey Park at Lake Kittamaqundi will also serve as a monument for other veterans in the county, which is being developed by the Howard County Veterans Foundation.

“Naming the park for me is indeed a high honor and I would never have dreamed of receiving such incredible recognition,” Bailey said.

A former 1st Lieutenant in the Women’s Army, Bailey served as second in command of the Women’s Colored Detachment in Fort McClellan, Alabama.

Bailey was one of only two African American women selected to attend the Adjutant General School, graduating with a superior rating. It was the only time she served in a nonsegregated environment during her service.

Bailey moved to Howard County in 1970 with her husband, William, where she continues to give back to her community. In 2018, the centenarian received a humanitarian award for her lifelong commitment to serving others.

“The dedication to the public of an outdoor amenity space [is now] available for public assembly and discourse” said Greg Fitchitt, president of the Howard Hughes Corporation in Columbia.

Howard Hughes Corporation developed the park and recently signed the property over to the Howard County Department of Recreation & Parks, so that it could become a public facility for county residents and visitors.

Director of Recreation & Parks for Howard County Raul Delerme said it was an honor to add the park to the list of recreational spaces in the county, especially since it was named after Bailey.

Bob Gillette, Howard County Veterans Foundation president said the park will not only honor the life and legacy of Millie Bailey, but 20,000 Howard County veterans as well.

“Ms. Millie has a spirit that defines the greatest generation of America,” Howard County Executive Calvin Ball said. “It is my hope that as our community enjoys this new park for many, many years to come. We will always remember the spirit of service and courage of Ms. Millie.” 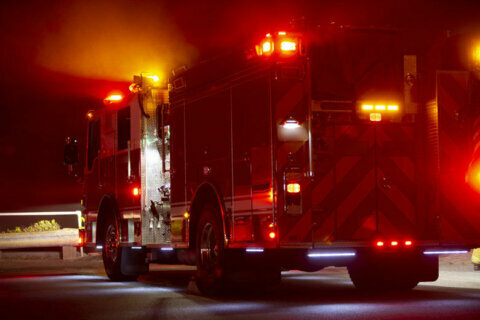