People who helped during, after Ellicott City flooding honored

About 40 people, businesses and groups nominated by members of their community were honored as "flood heroes" for their actions during and after the destructive Ellicott City flooding.
Listen now to WTOP News WTOP.com | Alexa | Google Home | WTOP App | 103.5 FM
(1/6) 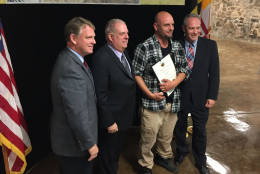 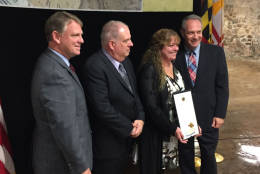 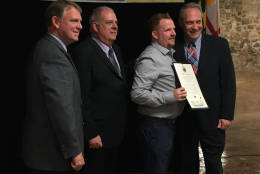 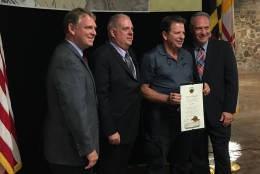 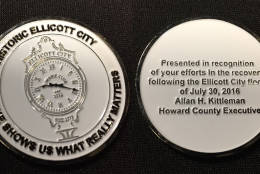 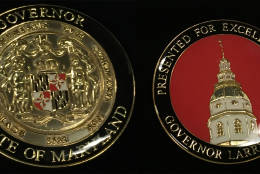 ELLICOTT CITY, Md. — Maryland state and county officials recognized the ordinary people who did extraordinary things during and after the destructive Ellicott City flooding in July.

“The people of Ellicott City are incredibly resilient. Sometimes in the midst of our darkest days is when the goodness and the compassion of Marylanders shines through the brightest,” said Maryland Gov. Larry Hogan during the ceremony Thursday.

About 40 people, businesses and groups nominated by members of their community were honored as “flood heroes.” Each recipient received a certificate and two special coins.

Hogan handed out coins that read “Presented For Excellence.” Howard County Executive Allan Kittleman presented coins that carried an image of the Main Street clock that was swept away in the flood. The coins also included these words: “Time Shows Us What Really Matters.”

Some of the people recognized Thursday included:

“It gives me a great deal of pride to see the incredible progress that has been made to repair and rebuild this beautiful town,” Hogan told those gathered at the ceremony. It was held in the Main Street space below Classic Interiors, which will reopen next month as The MarketPlace. 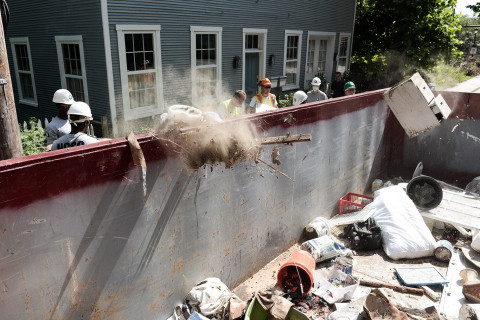 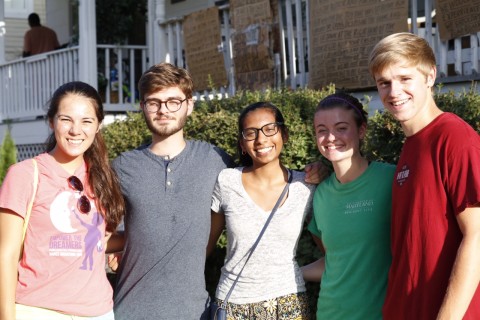 Teens volunteer to dig out sewage in Ellicott City 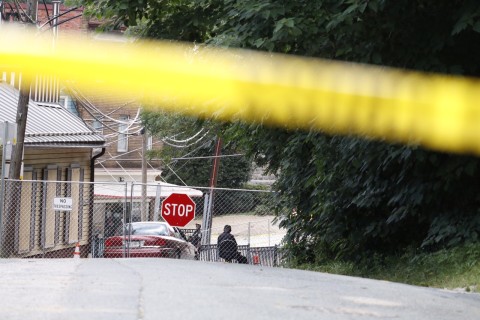