Meal delivery kits have revolutionized the way food-lovers with demanding schedules get a gourmet meal on the table in a matter of minutes. But the latest in the meal-by-mail phenomenon promises benefits beyond saving time.
Listen now to WTOP News WTOP.com | Alexa | Google Home | WTOP App | 103.5 FM
(1/3) 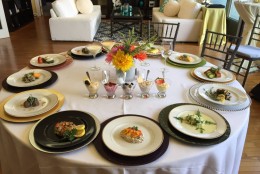 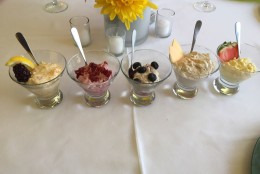 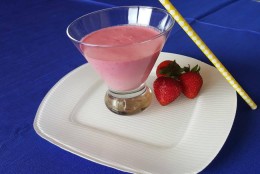 WASHINGTON — Meal delivery kits have revolutionized the way food-lovers with demanding schedules get a gourmet meal on the table in a matter of minutes.

Companies such as Blue Apron and HelloFresh ship boxes of pre-measured ingredients, ready to be thrown in a pan and then on your plate. Others, like Sakara Life and Galley Foods, take care of all the prep work and deliver fully assembled feasts directly to your door.

But the latest in the meal-by-mail phenomenon promises benefits beyond saving time: Anemone Lifestyle claims to prevent — and even reverse — Type 2 diabetes.

How does it work? Dr. Pavel Klein, a former instructor at Harvard and Georgetown Universities and a Bethesda-based physician and developer of Anemone, said the high-fat, low-carbohydrate program drives rapid weight loss, which helps to reverse insulin insensitivity and return glucose levels to normal. The result, he said, is remission.

Klein did not intend to discover this treatment for diabetes. The neurologist, who specializes in epilepsy and sleep disorders, was studying the effect of a ketogenic diet on patients with severe cases of epilepsy when he noticed another trend. After a few weeks, the obese patients in the study lost weight on the diet, and a previously diabetic patient no longer had diabetes.

Klein saw an opportunity to help a large portion of the population — more than 30 million people in the U.S. have diabetes — but first he needed to make a few adjustments. The ketogenic diet he used on his epileptic patients is not the most palatable, he said, and the lifestyle is complicated to maintain.

“You would have to shop for foods that have specific carbohydrate-to-fat gram content, you have to calculate the proportions of each component into every meal that you cook, you have to weigh the food … It’s complicated and time-consuming if you do it on your own,” said Klein, who is the director of the Mid-Atlantic Epilepsy and Sleep Center.

He hired a culinary company and gave the team a challenge: Come up with tasty recipes that stay within the diet’s high-fat, low-carbohydrate parameters. The result is Anemone Lifestyle — an eight-month program that includes five daily meals, like pecan and strawberry cream parfait, buttered cauliflower soup and salmon with asparagus.

There are no shakes, no bars and there’s no room for deviation. Even beverages consumed during the eight months must be calorie-free.

Klein tested his more flavorful meals on a small population and compared the results to other patients who were treated with dietary counseling and the weight loss drug alli.

“We found that the effect on diabetes was quite remarkable. All of the patients who [completed] the program went into diabetic remission,” he said. “Their blood glucose normalized, the other parameters that evaluate glycemic control normalized, like insulin levels … and patients were able to get off their medications.”

Unlike others out there, ordering Klein’s meal kit requires more than a quick click of the mouse. The program is physician supervised; patients see a doctor every few weeks so they can be monitored and gradually tapered off their medications.

The meals, which are prepared in a nearby Maryland kitchen, are delivered weekly in one box.

“The meals are very small. When patients see them for the first time they are shocked,” Klein said.

However, he explains because of the high-fat content, they are filling. “Fat suppresses hunger, whereas carbohydrates drive it,” he said.

Once the eight months are up, a nutritionist steps in to help participants ease back into a healthy, less rigid routine. After all, entering remission and staying in remission are two very different things.

“There’s a natural tendency for many patients to regain weight; it’s about a 50 percent rate of patients who go on to regain weight, so we try to help those patients long-term. And if they manage to keep the weight off … or gain a little bit, then the remission is long-lasting,” said Klein, who adds that he has some patients who have been in remission for four years now.

In addition to the health benefits, Klein said Anemone Lifestyle comes with some economic perks. According to the American Diabetes Association, people with diabetes incur about $13,700 in medical expenses each year. In 2012, the disease cost the country an estimated $245 billion. Getting more patients into remission with a dietary approach can lessen this burden.

“If you bring a patient into remission, you have got very large cost savings,” Klein said.

However, Anemone Lifestyle is not cheap (it rings up at $29 a day, or $203 a week), but Klein argues the cost is offset by not having to purchase other groceries. He also points out the indirect cost savings of treating Type 2 diabetes, such as decreased risk of heart attack, kidney failure and blindness.

Klein said a goal of his is to eventually encourage health care companies to cover some of the costs of the program.

“I [aim] to try to make the case to the insurance companies and self-insured companies that it is economically very advantageous for them to subsidize a program like ours because of cost-savings in a way that’s parallel to smoke cessation programs. That is our long-term goal.”

Correction: An earlier version of the article said Dr. Klein was a former professor at Harvard and Georgetown Universities. This has been changed to say “instructor.”