By all accounts, Mark Moore seemed to be in good health — but then the 47-year-old suffered back-to-back strokes. Now, he's dedicating his life to helping others learn the warning signs.
Listen now to WTOP News WTOP.com | Alexa | Google Home | WTOP App | 103.5 FM

In 2007, Moore was 46, and by all accounts, he seemed to be in good health — except for some recurrent headaches that defied diagnosis.

Moore, of McLean, Virginia, remembers May 12 of that year as “a typical May day.”

That is, until he started feeling unsteady on his feet while heading out to coach his son’s baseball practice, and then again as they left the playing field and headed off in search of a Mother’s Day card.

As the day went on, Moore gradually felt worse and could barely stand. He sat by a flower bed outside the card shop and dialed his wife, Brenda, who called 911.

“When I heard the panic in his voice, it really frightened me because he never shows any fear or alarm,” said Brenda, a retired nurse. She immediately knew something was wrong.

At Reston Hospital Center, staff first diagnosed a mini-stroke, known as a transient ischemic attack.  But 48 hours later, Moore still felt “off,” and Brenda demanded more tests. When a doctor came to check on him, Moore walked down the hall and back to his room. Then he blacked out.

A second blood clot was playing havoc with his brain.  Neurosurgeon Anje Kim was at the hospital at the time, and ended up performing an emergency craniectomy removing part of Moore’s skull to ease the pressure.

Moore says Kim saved his life; she says she was simply doing her job, noting that because of his age, she knew a quick intervention would give him a greater chance of recovery.

But when Moore woke up from a six-week post-surgical coma, the task ahead seemed like a mountain that was too high.

“I couldn’t walk; I lost the use of my left side; I lost my vision on the left side, I was a wreck,” he said.

It was then that he remembered an old saying his mother told him when he was 12: “God only gives you what he knows you can handle.”

He began his fight back, starting with a six-week stint in rehab at Inova Mount Vernon Hospital. Gradually, he went from a wheelchair to a walker to a cane, telling his physical therapists that he planned to “celebrate” the first anniversary of his stroke by running a 5K race — which he did.

By September, he was back at work part-time, and ramped up to full-time a month later. But his days at the high-tech firm he co-owned seemed less and less fulfilling. In 2010, he sold the business and embarked on a new journey with his wife.

“We are really trying to dedicate our lives now to helping others,” he said. They opted to form a family foundation to focus on things they consider important, including education and health care.

At the top of the list: raising stroke awareness and helping all those who helped them.

“I have accepted the fact that the events of May 12, 2007, were God’s way of saying, ‘Look, I have a purpose for you.’ It is really about trying to pay it forward,” Moore said.

Today, a patient tower bears their names at Inova Mount Vernon Hospital — the site of his rehab care. But the Moores are not just giving money — they are also reaching out to stroke victims in the area, serving as ambassadors for the American Heart Association/American Stroke Association’s EmPOWERED To Serve program.

Both say their work to build stroke awareness is crucial and fulfilling, and the numbers show there is a great need.  The Centers for Disease Control and Prevention says strokes are the number-one cause of adult disability and the fifth-leading cause of death in the United States.

Kim, the doctor who performed Moore’s emergency surgery, left the D.C. area for Wyoming, but she says she still has fond memories of Moore, and is not surprised by the turn his life has taken.

“To me, it makes perfect sense that he would be motivated to share his life with others,” she said.

Reflecting on his warmth and determination to recover, she added, “He is the perfect advocate.” 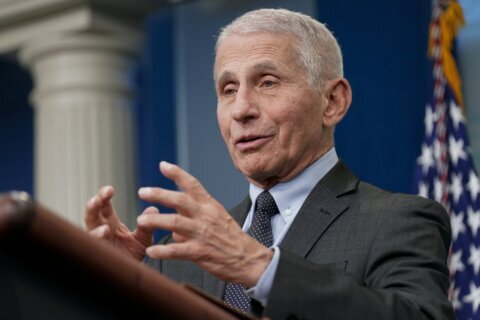 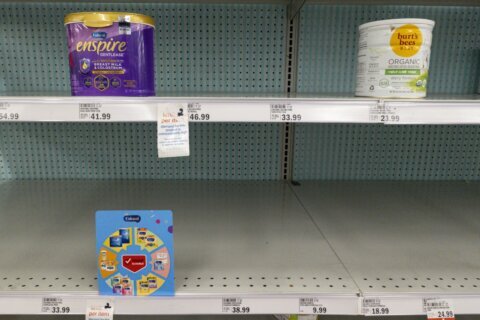