Can a new operator make much-needed improvements to D.C.'s public golf courses while keeping them affordable and accessible to residents? We're about to find out.

Perhaps you’ve heard — the D.C. public golf courses are up for new management.

But what does that mean for the future of golf in the District?

“Not knowing what offers we’re going to get, it’s hard to tell what is going to happen,” Chad Tinney, NPS chief of commercial services for the National Capital Region, told WTOP. “I think that by reading the (request for proposal), you can sense what we would like to have happen. We hope for some fairly quick improvements to the playability of the courses. We also have hopes that the affordability and the accessibility of golf will continue under a new operator.”

NPS has compiled more than 1,400 pages of documents for prospective lessees. There’s a 438-page historic resource study, along with cultural landscape inventories for all three courses. Those were the foundations for a 300-page cultural landscape report, which provides not only extensive histories of each course, but guidelines for their management into the future.

“The Park Service spent a great deal of manpower, labor, and effort in putting together these supporting documents,” said Tinney.

As this is a process involving national parkland, all those documents are publicly available for perusal.

Tinney says that a vital aspect of any new lease will be plans for either long-term capital improvements or deferred maintenance programs at all three courses to help improve the aesthetics as well as the playability. Within the documents prepared are 34 pages of work orders, including some fairly substantial construction suggestions.

The most notable suggestions from the cultural landscape report vary depending on the course: For East Potomac, a restoration of more of the traditional links style course, by clearing some vegetation and reconnecting the fairways into the greens. For Langston, prioritizing rebuilding the clubhouse area and entrance off Benning Road. For Rock Creek, cutting back the trees to allow for better grass growth and access (especially a concern there, as the back nine has become unplayable and closed this spring). For each of the latter two, a possible change in grass type to encourage more healthy fairways and greens.

One issue that isn’t a part of deferred maintenance plan but would fall under the category of improving and increasing playability is the increased flooding at the East Potomac site. Situated just feet above the Potomac River, it is particularly prone to water issues during major storms, and its long-term viability could well be impacted by rising sea levels.

Water had a notable impact on the courses during last summer’s record-breaking rainfall. After seeing more than 80,000 rounds at East Potomac and more than 15,000 each at Langston and Rock Creek in both 2016 and 2017, as numbers were down roughly 25 percent across the board in 2018. But a GCSI representative said those figures have rebounded with a more normal 2019 summer.

Of course, any operator on national parkland faces tighter restrictions on the methods available to them to maintain the grounds.

“The National Park system operates under fairly tight regulations about how we handle resources, in particular when you start talking about chemicals or pesticides,” said Tinney. “Just by the nature of being a conservation agency, we tend to pay a little bit closer attention to those than they may in the public sector.”

The Organic Act of 1916 guides NPS to “conserve the scenery and the natural and historic objects and the wildlife therein and to provide for the enjoyment of the same in such a manner and by such means as will leave them unimpaired for the enjoyment of future generations.” The D.C. courses are no doubt scenic, with views of the Washington Monument on display on several holes at East Potomac. They are also historical and full of wildlife, from deer in Rock Creek Park to foxes, turtles and more along the Anacostia tributaries that divide Langston’s front and back nine.

The report warns of external pressures that might drive the new operator to make the courses less affordable and accessible to the public. That will be the challenge in front of whoever signs on in 2020 — improving the quality of golf without decreasing access and playability for D.C. residents.

GSCI’s current structure has been extended or renewed continuously ever since it was first initiated in 1989. Though that’s ended up being 30 years, Tinney says he’s hoping to find a longer up front commitment from whoever takes over next September, more than the 10-20 year pacts of the past.

That doesn’t mean GCSI is certainly out of the picture. According to a representative, they are evaluating the RFP process and have not yet made a final decision whether or not to be involved.

Those requests for proposal are due Nov. 27. And while NPS wouldn’t share any of the specific organizations involved in the bidding process, they recently held site tours for interested parties. They were vague when discussing specific numbers in terms of how many potential bidding groups responded, but the figure was high enough that they aren’t anticipating needing a second round.

“I was very pleased with the turnout for the site visit,” said Tinney. “At this time, we don’t have any plans to either re-advertise the opportunity or to schedule another site visit.”

So, just who might step in to guide the future of golf in D.C.? NPS is looking for a group with a history as an operator, and it doesn’t hurt if they’ve dealt with the kinds of preservation efforts this particular challenge presents.

“While we’re wide open to a variety of offerors and potential operators, what we have done is included a certain set of criterion in the request for proposals,” said Tinney. “We’re going to judge how closely those recommendations from the operator align with our treatment recommendations put forth particularly in the cultural landscape report.” 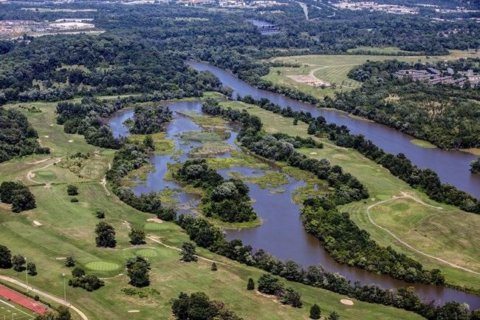 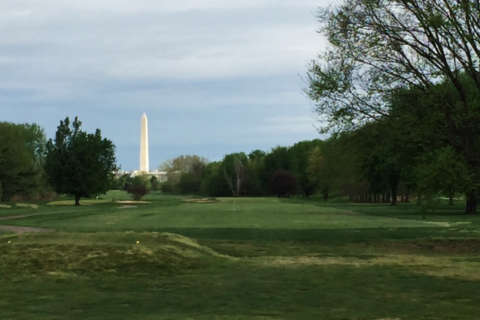 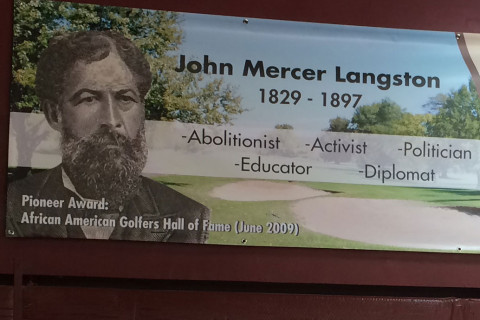